The Dreyfus Affair became a metaphor for anti-Semitism. In fact, in one of the most unlikely and ironic sequences of events in Jewish history, Alfred Dreyfus (1859-1935), a wholly assimilated Jew, played a critical, if unintended, role in the rebirth of the State of Israel.

After French Intelligence had intercepted a secret military document sent to the German military attaché (1894), Eduard Drumont, founder of the anti-Semitic daily La Libre Parole, published a report accusing Dreyfus, the only Jewish member of the French General Staff, of spying for Germany.

Major Joseph Henry forged documents implicating Dreyfus and, after a secret trial, Dreyfus was convicted of treason on December 21, 1894 and sentenced to life imprisonment on Devil’s Island. He was paraded through the streets of Paris to mob jeers of “Death to the Jews,” and was stripped of his sword in a humiliating public ceremony.

Intelligence agents later seized a letter written by Major Ferdinand Esterhazy which clearly established that Esterhazy – not Dreyfus – was the German agent, but the French government quashed this evidence and Esterhazy was acquitted.

On January 13, 1898, Émile Zola (1840-1902), perhaps the most famous 19th century French author, published the most legendary open letter in history, his famous J’Accuse. In it, he accused both the government and the military with conspiracy and malicious libel against Dreyfus. (Zola later escaped to England after being convicted of libel for writing J’Accuse.) Anti-Semitic riots broke out throughout France and the Dreyfus Affair became a major public issue.

In 1898, the case was reopened and Henry’s forgeries were detected; nevertheless, Dreyfus was again found guilty on September 9, 1899 and sentenced to five years in prison. This second miscarriage of justice evoked international condemnation and, finally, in 1906, Dreyfus was pardoned by President Émile Lubet.

The Dreyfus Affair made a powerful impact on the outlook of world Jewry. In particular, Herzl’s confidence in liberalism, badly shaken when he personally witnessed Dreyfus’ disgrace, led him to originate the Zionist idea. Jews everywhere realized that if such hatred of Jews could occur in France, the so-called “homeland of liberty,” against a wholly assimilated Jew, then Jews couldn’t be safe anywhere, and assimilation provided no defense against anti-Semitism.

Alexandrine Zola and the Apparent Murder of Émile Zola Thank you, sir, for sending me The Innocence of Dreyfus. When my husband returns, rest assured I will give it to him. The address of Madame Dreyfus is 53 Rue de Chateaudure. By the way, I think that she will be as touched as I was by your message. Thank you again, with my best regards.

Alexandrine Gabrielle Meley (1839-1925) was born out of wedlock and had a dubious past; she’d given birth to a daughter at age 17, but was forced through poverty to abandon the child. Only when she married Émile in 1870 did she become the respectable Madame Zola. They searched together for Alexandrine’s daughter, only to discover that, sadly, she had died only a few months after birth.

Alexandrine was always Zola’s strongest supporter, and he valued the stability that she provided for him. After his reputation was established, the couple purchased a new home in Medan, which was much beloved by Émile, and Alexandrine relished her role as hostess at Chez Medan.

On the cold evening of September 28, 1902, Émile and Alexandrine returned to their house on the rue de Bruxelles, where they lit a smokeless coal fire in their bedroom for the night and, as per their regular practice, locked the door and slept with the window shut. Unaware that they were being slowly incapacitated by carbon monoxide fumes, they awoke feeling sick at 3 a.m. but Émile, in what proved to be a fatal decision, prevented Alexandrine from waking the servants for what he believed to be merely an attack of indigestion. When Émile struggled to rise to open a window, he fell to the floor and Alexandrine, immobilized on the bed from the effects of the gas, was unable to help him. They were not found until the next morning. Émile, in a coma, lived for only a few hours, but Alexandrine miraculously survived.

Dreyfus was one of some 50,000 attendees at Zola’s funeral in the Montmartre Cemetery. He remained deeply grateful to Zola and apparently never forgot his benefactor. In the poignant message on his personal calling card exhibited here – one of the best Dreyfus letters that I have ever seen – he writes to Alexandrine on the 7th anniversary of the publication of J’Accuse:

The date of the 13 January cannot pass without me sending you my tribute and profound gratitude for the courage which was shown by our dear deceased [Zola], on this date launching his eternal J’Accuse. Zola had earned almost limitless hatred from his frenzied enemies, including the everlasting enmity of high French government officials, and many people suspected that he had been murdered for having the temerity to defend Dreyfus and to attack the French authorities for their handling of the Affair. An inquest into his death determined that there was little sign of carbon monoxide fumes, and that guinea pigs shut in the room had survived unharmed. The coroner, while refusing to make the experts’ reports public, attributed Zola’s death to “natural causes.”

In 1927, an anti-Dreyfus stove-fitting contractor admitted that he and his men had deliberately blocked the chimney at Zola’s house, and had snuck back early the next day to quietly unblock it – a still controversial claim that has been accepted by some of Zola’s biographers and rejected by others.

On the calling card displayed here, Mrs. Alfred (Lucie) Dreyfus writes: “In answer to your letter, my husband’s health is satisfactory.”

Notwithstanding her positive spin on her husband’s health, Lucie was well aware of the sub-human conditions he had endured during his prolonged imprisonment on Devil’s Island in French Guiana, where he was forced to live in solitary confinement in a filthy shack, with temperatures sometimes exceeding 110 degrees. Persisting in the face of very long odds, she won permission from the authorities to send food to him there to prevent his starvation.

Even when Alfred received his pardon, the French military establishment refused to recognize his innocence, and it was only after yet another grueling trial that he received a final and definitive ruling acquitting him in 1906. However, notwithstanding his eagerness to return immediately to army service, his poor health prevented him from continuing to actively serve his beloved Republic, and he was released from all military service a year later. (He nonetheless returned to the army to serve France during WWI.) Shown here is a stark 1899 cabinet photo depicting the sharp contrast and decline in Dreyfus’ visage from before his conviction to after his release from prison, with Lucie standing between the two images.

Unlike her wholly assimilated husband, Lucie Dreyfus (1869-1945), who came from a wealthy and prominent Jewish family, observed Jewish holidays, studied Judaism, and continued her involvement in Jewish communal affairs throughout her life. She had met Alfred at a reception organized by her parents, and they were married by the Chief Rabbi of France, Zadoc Kahn (later a staunch Dreyfus supporter) at the Grand Synagogue in Paris on April 21, 1890 – only four years before the accusation that launched the notorious Affair and dramatically changed their lives.

Lucie was a devoted, even heroic, companion who maintained unwavering support for her husband throughout his ordeal and even thereafter when she never ceased defending his honor. She visited him daily in Parisian prisons; continued to provide moral support for him during his exile to Devil’s Island by writing long and detailed letters to him – in one such letter, she expressed her desire to somehow be able to join him in exile, writing “I shall not be able to live without you” – and undertook every effort to prove his innocence and secure his freedom.

Though she received broad public admiration for her unqualified support in the face of monumental adversity, she always manifested the utmost humility, maintaining that she was merely standing up for her husband and for justice. For example, in a characteristic correspondence to an admiring friend, Hélène Naville, she wrote:

Why did you praise me so much, I’m far from deserving of it. If I endured these years of suffering, it was because I owed it to my husband, to my children. I simply did my duty; if I had done otherwise, I would have been criminal.

Lucie remained intimately involved in Alfred’s defense and, even after the Affair, she and Alfred and their two children remained loyal to France. Lucie, a trained nurse, volunteered with her daughter Jeanne in the Saint-Louis Hospital during WWI.

Later, when the Germans invaded Paris, the Dreyfus family moved to southern France, then unoccupied by the Nazis, but with the adoption by Vichy France of anti-Semitic laws and the ensuing deportation of Jews, Lucie (then 73) was forced into hiding. She found shelter with retired nuns in Valence, who did not know who she was. She returned to Paris in 1944 and died a year later. 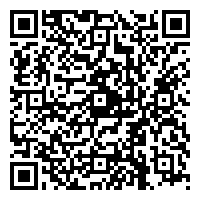