If you want to see if the message has sunk in, take a look around the spacious dining room at lunch time. There are plenty of women who have come to eat and relax and chat with old friends – and who could blame them after an exhausting morning of lectures?


But there are also those who deliberately seat themselves at empty tables and wait to be joined by total strangers. Then they will introduce themselves, as do the women joining them and friendly conversation will follow. Sarah G., a marriage counselor and therapist, has found that lunch time can be one of the best times to network. People are relaxed and you have fifteen to twenty minutes together. More than once she has received a phone call a few days later from someone who starts off with “Remember me, we had lunch together at the Ramada conference.”

But Temech has to be praised for its official methods of networking as well. Every year the organizers find several new ways to get the 700 businesswomen to mix and meet in a framework that is comfortable for them. Networking isn’t just about finding customers, it’s also about finding new friends in your own field, people to share experiences, successes, problems and tips and tricks to improve your work.

Shaindy Babad, Temech’s CEO, explained that they intend to keep the number of participants at a maximum of 700 as it was this year, “so that it’s easier for everyone to meet and interact with each other.” Temech originally started out as an English-language event, but inevitably, the news about its success spread and Hebrew-speaking businesswomen, of which there are far more in Jerusalem, wanted to be a part of the conference as well. “Now,” says Shaindy, “there are twice as many Hebrew speakers as there are English at the conference, but in our networking sessions we encourage everyone to mix and meet.”

Lectures and workshops are provided in both languages. The lectures are all of the highest caliber, with each lecturer a successful expert in his or her field. They give practical hands-on advice and tips to help others replicate their success.

Emma Butin, founder of the Kyron award-winning software company, emphasized the importance of being able to define in one sentence, the DNA, as she called it, of one’s company. “What is the best value I can offer my client? What makes it different from others in that field?”

When you try and diversify too much, you dilute your chance of success. She used the example of Google, whose DNA she defined as “arranging information in the world” and when it stuck to that, it was unbelievably successful, while some of the other ideas the company tried amounted to nothing.

Danna Hochstein Mann, who mentors many startups and helps them obtain venture capital, gave some tips for managing a company successfully and communicating with your employees. Be honest and open with your co-workers. Learn to delegate work and, contrary to the popular idea of everyone having to multi-task, sometimes you have to learn to uni-task to complete something successfully and let someone else take over another aspect.

Rabbi Yosef Levy explained that without a large email list your sales potential is limited. One way to build your email list is by offering something simple but of value to potential clients who visit your website. In exchange for their email address you send them a booklet of tips in your field – choosing a career, caring for furniture or making the most of social media. 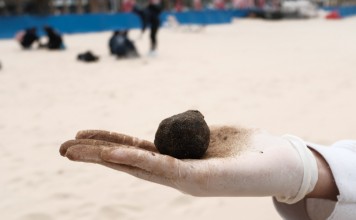