In the wake of the Committee’s recommendation, and with the permission of the Chief Rabbi of Tzahal [Israel Defense Forces], Colonel Shlomo Goren, it was decided to leave the skeletons and bones that were uncovered in the Judean Desert in the place where they were found, and to raise a monument in memory of the fallen that will symbolize the bond between our generation and the period of Bar Kochba.

You are hereby appointed to a Committee that will decide the character and form of the memorial, the precise place to raise it, and also recommend the authority that will have general responsibility to execute the project. Mr. Yaacov Yannai will serve as head of the Committee.

In March 1960, noted archaeologist Yigal Yadin discovered bones and artifacts from the period of the second Jewish revolt against Rome, led by Shimon Bar-Kochba in 132-35 A.D., near Nachal Hever, a desert river that flows to the Dead Sea between Ein Gedi and Masada. The so-called Judean Desert Treasure was found in what came to be called The Cave of Horrors (Ma’arat Ha’eimim) because of the skulls and skeletons discovered there.

Agudat Yisrael led a forceful protest in the Knesset deploring the fact that these defenders of Israel had never been given a proper Jewish burial. The controversial determination that the remains were most probably Jewish brought great pressure from religious figures, led by Rav Goren, to rebury them, and great resistance from secular leaders, most notably Yadin himself, who argued that the remains were most likely Roman.

However, the Committee appointed by Ben-Gurion (and discussed in our letter) concluded that the bones, which had been buried in accordance with Jewish law and which were found with Jewish artifacts, were indeed Jewish. The Committee determined that the bones should be reburied in accordance with halacha and, after considering several possible sites, including Mt. Herzl, it was decided the bones should be reburied near the site where they were discovered. But the Committee’s recommendations were never implemented, as Ben-Gurion became focused on other matters and because, according to Rav Goren, “Yadin stole the bones.”

Other attendees included President Yitzhak Navon, Defense Minister Ariel Sharon, and Foreign Minister Yitzhak Shamir, but Yadin notably refused to attend the ceremony, insisting to the end – and in the face of all the evidence to the contrary – that the bones were not Jewish. In his moving eulogy, an emotional Begin said:

The monument referred to in our letter, built on the hill above the Cave of Horrors, reads: “Here lie the bones of the warriors of Bar-Kochba who fought the Romans in the Judean Desert during 132-135 A.D., them and their families. The bones were collected in the caves of letters and horrors and were buried in a ceremony on May 11, 1982.”

Sadly, the monument was vandalized, most likely by anti-religious zealots, but the damages were repaired in 2008. 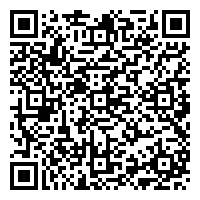