Seymour “Sy” Berger was responsible for many happy memories to any of us who ever bought a pack of Topps baseball cards.

Ah, the anticipation of seeing what was inside as we undid the wrapper, tossed out the stick of bubble gum, and shuffled through the cards!


More often than not we were disappointed because there were no cards of players belonging to our favorite team.

In the television of my mind, I see myself sitting on the front porch steps of my parents’ lower Detroit flat with my friends, the Carlebachs from upstairs. We undid our packs and hoped for some trading.

Moshe, known as Mosey back then, favored Tigers right fielder Vic Wertz while my favorite player was Tigers left fielder Hoot Evers. Both appeared in the debut Topps 1952 set but hardly ever when we spent money on cards.

A year earlier, in 1951, Sy Berger and his friend Woody Gelman got the assignment from Topps to design the company’s first-ever color baseball card set. Berger, then 28, worked from the kitchen table in his Brooklyn apartment. He stayed with Topps for better than half a century, moving his way up to vice-president of sports and licensing.

Sy, who passed away recently at age 91, was the face of Topps to those of us on the baseball beat as he made the rounds every year signing big-league players for the following season’s set of cards.

A famous face from that first ’52 Topps set was Alvin Dark, who died in his South Carolina home recently at 92. Dark began his big-league career with the old Boston Braves in 1948 and stayed in the majors for 14 years, six and a half of them with the old New York Giants.

One of the best all around shortstops of his era, Dark compiled a .289 lifetime batting average. He had three consecutive seasons in which he hit over .300 (1951-3), and in 1954 he didn’t miss a single game while hitting .293 during the regular season and .412 in the World Series as the Giants club swept the Cleveland Indians.

In 1951, while playing for the “Miracle Giants” who were 13-and-a-half games behind the Brooklyn Dodgers in mid August, Dark led the league with 41 doubles, helping the club tie the Dodgers on the final day of the season. That year, of course, was famous for Bobby Thomson’s late afternoon home run in the bottom of the ninth in the final game of the playoffs, which sent Brooklyn into mourning. Dark batted .417 in the six-game World Series the Giants lost to the Yankees.

After retiring as a player, Dark, who had been a teammate of Willie Mays, managed him on the San Francisco Giants. “He was such a great teammate and mentor to me, ” Mays said. “He taught me more baseball than anyone.”

Over the past few years, several solid Cuban ballplayers who managed to defect were signed by major-league teams.

It wouldn’t surprise me to see a Pesach in Cuba ad in The Jewish Press within a year. Speaking of Pesach, I’ll be on the roster of speakers at the Pesach in Lancaster program operated by the Jewish Heritage Center in New York.

I’m looking forward to catching up and talking history and baseball again in Lancaster with Allen Rothenberg, whose law firm advertises on a regular basis in these pages.

My to-do-someday list includes going to a Phillies/Mets game with Allen and Jewish Press senior editor Jason Maoz, a political historian and huge Mets fan. Allen is a Philadelphia native who was weaned on the old Philadelphia Athletics. However, after Connie Mack’s franchise was sold and moved to Kansas City, Allen adopted the Phillies. Actually, Mrs. Rothenberg, also a prominent attorney, may know more baseball than all of us. 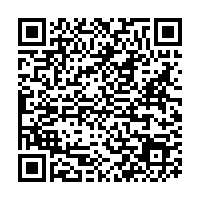