Background: My husband and I are both from New Jersey. We met and married in Israel. My husband always lived along the New Jersey shore and when he discovered that he didn’t have to give up the beach in order to live in an ideologically motivated community he was very excited. One visit to Gush Katif was all it took to convince him that it would be home. I needed a bit more convincing to brave the blazing Negev sun, but in the end we moved into our home in Netzer Hazani one week after we got married. We lived in there for two years and then, with our neighbors’ blessings, moved to the more isolated community of K’far Darom in order to support one of the smallest communities in Gush Katif. We were the 28th family and were quickly joined by a few more who arrived during the same summer. We lived in K’far Darom for twelve years.


Our house – then:In K’far Darom we purchased one unit of a two-family house. The upstairs was unfinished so we merited building part of a house in the Land of Israel. We had actually seen the houses in K’far Darom being built while we lived in Netzer Hazani and thought to ourselves, “Ah, the people in K’far Darom will have permanent houses. How nice.” We didn’t even imagine then that we’d live in one of them.

Our house – now: After renting a small apartment for a few years in Elon Moreh we decided that it was time to move into larger quarters, and thoroughly combed the community in search of an available house. The available rentals weren’t suitable so after much deliberation we purchased a house greatly in need of renovation. The neighbors were overjoyed to see lights on once again. We’re still part of the K’far Darom community in Shavei Darom, but we value our home in the Shomron.

Day of uprooting from K’far Darom: We woke up early to the sound of helicopters flying overhead. Everyone knew that only a genuine miracle could stop the Expulsion. Our house was one of the houses closest to the entry gate and faced the synagogue. We saw the thousands, possibly tens of thousands, of soldiers marching in, some of whom encircled the K’far Darom Synagogue in approximately ten rows. So many youth, so disconnected from their own people that they could tear Jews from a synagogue in Israel! We didn’t engage the soldiers in conversation, and we certainly opposed singing or dancing with them. I spoke to foreign reporters for most of the day, until the soldiers dragged us out. I wanted to publicize K’far Darom’s story and the reporters let me speak not just of the imminent Expulsion, but of why we came to live in K’far Darom.

What we left behind: On a personal level we left behind the only place we’d lived after marrying, the first house we purchased, the only home our children knew, and the home to which we long to return. On a greater level we, as did all of Israel, left behind part of the Land of Israel. Our beautiful, vibrant Gush Katif was abandoned to the Arabs, who turned it into a terrorist training camp and missile-launching site.

Feelings towards the State: There is a difference between the State and any particular government. The State is what currently serves as the governing body in Israel and can do either good or, G-d forbid, harm. The Sharon government and the IDF at the time of the Expulsion committed an atrocity against us and all of Israel. They will be forgiven only when Gush Katif is rebuilt.

The biggest difficulty: Having to choose between permanently remaining with the community of K’far Darom expellees and living in Yesha. We are among the small minority who didn’t lose employment or have difficulty finding schools for our children so, thank G-d, we didn’t have those troubles, which were major difficulties for most families. 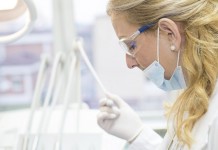 Q & A: Should We Stand Or Sit For The Second Ashrei? (Conclusion)