In February 2009, the Jerusalem municipal government created a furor when it implemented a new policy setting strict preconditions to the construction of sukkah balconies, including the submission of plans for marpesot (balconies), which required obtaining the consent of most the residents of the apartment building. Moreover, according to the policy, even if the applicant had obtained such permission, the Jerusalem Building Committee would not entertain individual applications. The haredi community, which believed that it was being discriminated against by governmental authorities, was particularly upset.

Other Jerusalemites argued that such a law was both necessary and overdue to protect citizen safety and property. They noted – accurately – that there had been extensive unlawful building of balconies and that, indeed, people fell off balconies every year while building their sukkot, resulting both personal injury and property damage to the apartment below.

Until October 2015, Jerusalem’s anti-noise pollution law forbade construction work on motzaei Shabbat v’Yom Tov. Pursuant to that law, it was illegal to build a sukkah on the evening marking the end of Yom Kippur or on the Saturday night before Sukkot, which cost Jerusalem Jews the precious time needed to build their sukkot.

After Jewish organizations petitioned Mayor Nir Barkat to change the regulations, he referred the matter to the Jerusalem City Council Committee on the Environment, which quickly and unanimously decided to permit construction of sukkot on those evenings until 11 o’clock – and permitted Jerusalemites to take apart their sukkot on the night following Simchat Torah, also until 11 o’clock. From the inspection that was conducted, it was made clear to us that you constructed in your courtyard a sukkah built from trees and cans without receiving legal authorization from the city, and since this act is against the law, therefore it is incumbent upon you to remove it during the three days beginning from the date below [19.7.1923] and, if after the passing of these three days you are late in accomplishing this, the office of the municipality will bring it down at your cost and you will be responsible for all expenses and damages.

We were very troubled to receive a letter of complaint from the well-known gaon Menachem Epstein, in which he complains about the Jerusalem municipality, which imposed upon him a great monetary punishment or, God forbid, a thirty-day term of imprisonment, for building a sukkah constructed with bricks rather than wooden boards. We will not delve into the essence of the matter, as is understood that the law is the law, but with respect to a gaon in Israel and a leader, there must be different treatment, also because the matter will be publicized and cause an unprecedented desecration of Hashem’s name.

This gaon, who is also the head of the Jewish court for the haredi community, does not interfere with any group and is not associated with the “Neturei Karta,” as others mistakenly believe, and I would request that you expend great effort in this matter, to remove the financial punishment or the threat of imprisonment from this gaon and to remove the shame that would result from this, and may there be “tranquility” through this matter upon Israel and upon the rabbis.

I hope you will fulfill my request with completeness, and I hereby sign with gratitude and blessing, and may we be comforted with the comfort of Zion through the coming of our redeemer. I have been unable to determine the final resolution of Rav Epstein’s dispute with the Jerusalem authorities.

Rav Henkin (1881–1973) represented a unique blend of Torah scholarship, humility, and a lifelong dedication to the highest levels of discreetly preformed chesed. After becoming the director of Ezras Torah (1925), he dedicated his heart and soul for more than four decades to the operations of that renowned tzedakah, assuming responsibility for the plight of tens of thousands Torah dedicated scholars and their families throughout the world. Though initially he vigorously opposed Zionism, once the state of Israel was established he declared that its continued existence must be supported and he denounced those who tried to undermine it.

In the August 30, 1977 correspondence written on his Minister of Housing and Construction letterhead shown here, Gideon Patt writes to Rav Menachem Porush:

I hereby acknowledge receipt of your letter dated 9 Elul 1977.

I received loud and clear [“definitely”] your opinion regarding the planning of a place for a sukkah in the apartment complexes we plan to build.

I found it right to relay this message in the spirit in which it was said to the people of my office who are involved in the planning. As much as it is possible to do given the technical limits of the planning – it will be done.

Thank you for bringing this to my attention.

Rav Porush (1916 – 2010) served as a member of the Knesset for Agudat Yisrael and its alliances from 1959-75 and 1977-1994. As chairman of the Agudat Yisrael Center (1955), he founded Children’s Town to promote Jewish education and combat missionary influence. He was also a Jewish Press columnist for many years.

It is apparent that Rav Porush wrote to Patt to ask that the decks on new apartments being built be “staggered” so as to permit the residents to build sukkot on them. (If, as was the standard construction form at the time, the decks were built one atop the other, the sukkahs would not be halachically fit for use.)

Patt (1933 – ) is an interesting, albeit largely unknown, character. Born in Jerusalem during the Mandate era, he studied in religious schools and at the Mercaz HaRav yeshiva before serving in the Nahal brigade. He went to the United States to work for Nahum Goldmann, then chairman of the World Zionist Organization, and he received a B.Sc. in economics, international trade, and labor relations from New York University (1963).   Entering the Knesset for the first time as a Gahal representative and re-elected in 1973 and 1977, he was appointed minister of housing and construction by Menachem Begin. He served in that position from 1977 – 1979.

As minister of industry and trade from 1979 – 1984, Patt was credited with turning Israel into a global high-tech player. His orientation toward free enterprise enabled him to negotiate and execute the Free Trade Agreement (FTA) with the United States, the result of which led to an important reciprocity: the U.S. became Israel’s largest export market and Israel purchased more U.S. products than any other Middle East country. He also played an important part in various high-tech powerhouses opening major facilities in Israel, representing billions of dollars in investments; in particular, he was instrumental in smoothing the way for Intel’s initial entry into Israel. He also served as minister of tourism (1981, 1988 – 92); as minister of science and development (1984 – 88); and, after retiring from politics prior to the 1996 election, as president and CEO of the international office of Israel Bonds.

Finally, a delightful Jewish Press piece some years ago described how then-President Obama became incensed upon being informed that satellite images showed, and eyewitness accounts confirmed, that Israelis were constructing “tens of thousands of makeshift residential booth-like structures” in territories claimed by both Israel and the Palestinians.

Rather than issuing a full-blown public rebuke of Israel, the administration opted to respond within muted tones, in part because such construction, in violation of zoning regulations and apparently without the approval of the Israeli government, was also taking place within pre-1967 lines. The administration expected Prime Minister Netanyahu would issue an order to dismantle the structures in due course.

As the article made clear, the story was not true – although, in the finest tradition of pure satire, it could have been.

Wishing everybody a happy and healthy chag. 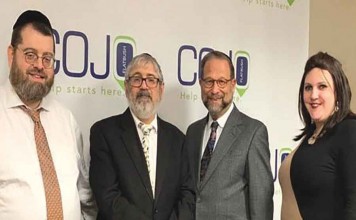 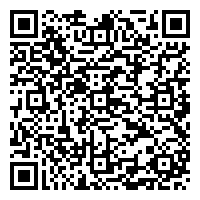