For the third time in the past four years, swastikas have been found on the sign pointing tourists toward the excavation of the ruins of the ancient Judean Jewish city of Susiya in the southern Hebron Hills.

The ancient Jewish city of Susiya stood during and just after the Second Temple period, between 2 BCE and 8 CE, when the Romans were engaged in the destruction of the holy Jewish capital city, Jerusalem.


The swastikas were spray-painted on to the sign during the Jewish holy day of Yom Kippur, which took place this year on the Sabbath.

The archaeological site belongs to the modern-day community of Susiya, located near the Metzudot Yehuda (Yatir) crossing leading to Area C and parts of the Palestinian Authority territories as designated in the internationally-recognized Oslo Accords.

Nearby some 75 Arabs have established a small illegal outpost they have bestowed with the same name. 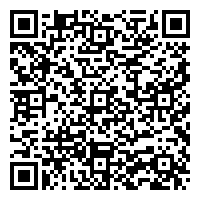