Many do not know that Josie was actually present that day and that, during the shoot-out, she ran to the site after hearing the gunshots from down the street. As she later recalled in describing her relief upon seeing her husband standing tall as the only participant in the gun battle to escape entirely unscathed:

I didn’t know at the time who was wounded and I was all too frightened…. I almost swooned when I saw Wyatt’s tall figure very much alive…. He spotted me and came across the street…. But you can imagine my real relief at seeing my love alive. I was simply a little hysterical. Can you blame me?


On the run from the law – after Jewish banker Solomon paid Wyatt’s bail and helped to fund his business endeavors – Wyatt and Josie invested in mines and real estate, organized prizefights, and operated saloons and gambling parlors in various western boomtowns, ranging from Nome to Los Angeles. Josie’s nostalgic recollections of her childhood included her mother’s Yiddish songs and Jewish blessings, and the couple occasionally returned to San Francisco, where they lived for a while with Josephine’s parents. Wyatt experienced the warmth of the Jewish home in which his wife was raised and Josie, who never attempted to hide her Jewish identity, temporarily resumed her Jewish studies.

Another intriguing “Wyatt Earp Jewish connection” involves the long-standing mystery of the legendary fallout between Wyatt and Doc Holliday. In the famous “Otero letter” written in December 1940, Miguel Otero, governor of the New Mexico territory (1897-1906), provides a fascinating explanation for the sudden enmity that developed between the two lifelong friends and allies. Otero writes that in April 1882, Wyatt and Holliday were eating at Fat Charlie’s, an Albuquerque restaurant, “when Holiday said something about Earp becoming ‘a damn Jew-boy.’ Earp became angry and left…. [Henry] Jaffa told me later that Earp’s woman was a Jewess. Earp did mezuzah when entering the house.”

Henry Jaffa, Albuquerque’s first mayor, was a Prussian Jew who had emigrated to America, become a well-known and respected Jewish businessman, and served as president of Temple Albert, which he helped found (1897). He was a close friend of Earp, who honored Jewish tradition whenever he stayed as a guest at Jaffa’s Albuquerque home. Wyatt also honored Jewish tradition in his own home, as there was apparently a mezuzah on the entrance he kissed when passing through. There is also an eyewitness account of Wyatt wearing a yarmulke while attending a Seder with Josie’s family in 1896.

Scandalous articles about his life finally led Wyatt to write an autobiography with John H. Flood, his personal secretary and friend – and who also, as may be seen from our exhibit, was a close friend of Josie’s – but the manuscript was poorly written and Flood could not find a publisher. In a February 27, 1929 correspondence written by Josie to Flood less than two weeks after Wyatt’s death, the second page of which is exhibited here, she provides an example of the difficulties she and Flood encountered in selling the manuscript.

Discussing her attempt to show the prospectus of the book to a Mr. Hickman, she writes that she will hold on to the prospectus even though Hickman brutally turned it down, declaring that he wouldn’t even pay a dollar for it because “there is nothing there.” She goes on to advise Flood that she will be staying at his place in April and, referring to his ongoing attempts to find a publisher for her late husband’s book, adds a note of encouragement: “I hope you will do well and I feel like you will.” Finally, the widow Josie sadly concludes: “P.S. Oh how I miss Mr. Earp.” 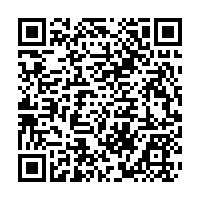