Best known for his technical mastery and emotional playing, Yehudi Menuhin (1916-1999) was one of the 20th century’s most distinguished violinists (as well as one of the wealthiest – in the late 1920s he was the highest paid musician in the world). He was also an eminent conductor, an organizer of music festivals, a utopian internationalist, a well-known human rights activist renowned for his charitable activities, and a celebrated music educator. A small example of his pedagogical activities is reflected in a September 14, 1975 letter he wrote to Verdina Shlonsky:

In utter humility I am returning the two Violin Sonatas which you kindly sent me in 1968. There is no justification for this long delay and I will not plead anything but guilty!

The Sonatas are so well written that all I can suggest is that possibly I will find an hour or so on my next trip to Israel to go over them with you. Until the 1950s, Shlonsky (1905-1990) was virtually the only female classical composer in Eretz Yisrael and, despite the undisputed artistic quality of her work – note, for example, Menuhin’s estimation of her composition – she remains largely unknown. When her chassidic family (including her older brother, celebrated poet Avraham Shlonsky, whose work she would later set to music) made aliyah from Russia (1921), she remained behind in Vienna to complete her music education before coming to Eretz Yisrael (1944), where she joined the faculty of the Tel Aviv Academy of Music and became a renowned piano instructor.

Considered by many to be one of the most remarkable prodigies since Mozart, Menuhin performed Mendelssohn Violin Concerto at age seven and appeared with the San Francisco Orchestra a year later, winning him instant fame. After hearing him play at age 12, Albert Einstein reportedly stated, “Now I know there is a God in heaven.”

By 1933, Menuhin had played in 63 cities; he later gave over 500 concerts for Allied wartime causes during World War II and was the first allied soloist to play in liberated Paris (1944).

Menuhin’s father, Moshe, the descendent of a long rabbinical line, left Eretz Yisrael and settled in the United States. An established Hebrew scholar – and a fanatical anti-Zionist who later refused to attend concerts given by his son in Israel – Moshe worked as a Hebrew teacher, and his son spoke Hebrew in his early life. In a 2004 interview, Menuhin told a wonderful story about how he came to be named “Yehudi”: [A prospective New York landlady told my parents:] “And you’ll be glad to know I don’t take Jews.” Her mistake made clear to her, the anti-Semitic landlady was renounced, and another apartment found. But her blunder left its mark. Back on the street my mother made a vow. Her unborn baby would have a label proclaiming his race to the world. He would be called “The Jew.”

Much later, when the violinist was in his 70s, he was asked if his name had been a burden to him. He replied, “No, because everybody recognizes me as what I am.” Shown here is a rare October 1982 document on which Menuhin, during a visit to Jerusalem, handwrote a bar of unidentified music, which he has signed in English and also signed “Yehudi” in Hebrew.

Menuhin’s record on Judaism and Israel is decidedly complex and controversial. Despite his name and family background, he intermarried (first wife) and did not generally publicly present himself as a Jew. Yet, after signing a contract with a trade association, he refused to perform when he later learned that the recital was scheduled for the evening of Yom Kippur (1949). Although the furious association threatened legal action, it later agreed to change the date out of respect for the violinist’s “strong religious feelings and his feeling for the Jewish people in general.”

Menuhin, who attributed his philanthropy to the Jewish tradition of tzedakah, also refused to perform on Passover Seder night. Moreover, while still a teenager, he was among the first Jewish musicians to announce that he would not perform in Nazi Germany. He returned to Germany after the war to play for inmates liberated from Bergen-Belsen, an experience which he said had a profound effect on his life.

On the other hand, at a time when virtually all Jewish musicians and many others refused to perform with Wilhelm Furtwangler, the despised “Nazi Conductor” – including violinist Bronislaw Huberman, whom Menuhin greatly admired, as we shall see below – Menuhin broke with crowd and became the first post-Holocaust Jew to perform under Furtwangler’s baton, a decision for which he was bitterly criticized. When Jewish activists successfully boycotted the Chicago Symphony for inviting Furtwangler to perform, Menuhin announced a “counter boycott” and refused to perform with the orchestra.

Menuhin came to Israel for the first of several visits in 1950, where he enjoyed performing, and he played many benefit concerts for Israel and its charitable organizations. A photograph of him playing before the Kotel on a stage specially prepared for him by Jerusalem mayor Teddy Kollek perhaps best symbolized internationally the Egyptian/Israeli Camp David Accords.

On the other hand, he also made a point of giving benefit concerts in support of “displaced Palestinian refugees.” He remained president of UNESCO’s international Music Council even after the UN adopted the “Zionism is Racism” resolution (1974) – a decision for which he was again severely criticized – and even went so far as to publicly rebuke Leonard Bernstein, Isaac Stern, and other Jewish musicians who signed a statement renouncing UNESCO for its anti-Israel resolutions.

In his speech before the Knesset upon accepting Israel’s prestigious Wolf Prize (1991), Menuhin bitterly criticized Israel’s continued presence in the West Bank, characterizing it as “contempt for the basic dignities of life, this steady asphyxiation of a dependent people.”

Undoubtedly reflecting the views of his father, who had written that “Jews should be Jews; not Nazis,” Menuhin compared Israel to Nazi Germany (1998): “Israel’s mission is no longer that of a Promised Land for a persecuted people… What’s extraordinary is that some things never die completely, even the illness which prevailed yesterday in Nazi Germany and is today progressing in that land [Israel].” He went on to challenge Israel’s right to Jerusalem, characterizing exclusive Jewish control of the city as “unthinkable.” Yet, in this historic November 8, 1961 correspondence on Drake Hotel letterhead shown here, Menuhin discusses the history and importance of the Palestine Symphony Orchestra, extols the role played by violinist Bronislaw Huberman in its creation, and expresses his “hopes and reality of the state of Israel”:

To me, as a violinist, the pattern culminating in the existence of the Israel Philharmonic orchestra seems clear and inevitable, the violin being, par excellence, perhaps even more than the piano, the prime expression of the Jewish musician. By this very token, it seems supremely logical that it should have fallen to a great violinist, Bronislaw Huberman, to have realized the ideal of growing this orchestra, which in its turn, existing before the State of Israel became a fact, was the first concrete symbol of things to come. This orchestra, therefore, will always represent an intrinsic part of the hopes and reality of the State of Israel. Huberman (1882-1947), an internationally known master and teacher of the violin, was a child prodigy who, at age 10, played before the emperor Francis Joseph in Vienna. He also played for the Jewish violinist Joseph Joachim, who became his teacher, and played Brahms’ violin concerto in the presence of the composer (1896), who was deeply impressed. However, he is best known for planning and organizing in Eretz Yisrael one of the world’s greatest symphony orchestras, “a second and greater Salzburg,” and for successfully founding the Palestine Orchestra, later the Israel Philharmonic Orchestra. (See my Jewish Press article, “Toscanini and the Birth of the Israeli Philharmonic Orchestra,” June 5, 2015).

For more than a decade, Huberman had been a regular performer with the Berlin Philharmonic. But when Furtwangler invited him to appear with him, Huberman refused because, as he later explained in an article published in The Manchester Guardian, he could not forgive German intellectuals for having silently acquiesced in the actions of the Nazis.

He resigned from the teaching staff of the Vienna State Academy (1936) and traveled to Eretz Yisrael. Many prominent musicians, forbidden to perform under Nazi law, joined Huberman and his nascent orchestra, and, as I noted in the above-cited article, when Arturo Toscanini conducted the opening concerts in Tel Aviv (in December1936), the orchestra immediately acquired international standing. 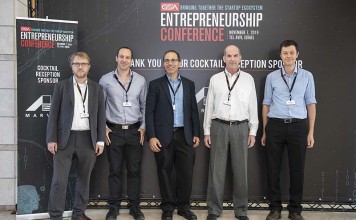 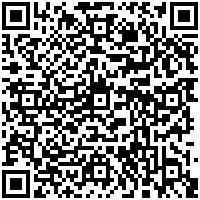