The Carter Center, an NGO founded by former United States President Jimmy Carter, received over $30 million from USAID by fraudulent certifications and provided material support for terrorism, according to a lawsuit filed by the U.S.-based Zionist Advocacy Center and Yifat Segal, director of the Jerusalem-based International Legal Forum.

The case was submitted under the False Claims Act (FCA) in 2015, but was until recently under seal. The plaintiffs argue that the Carter Center, which they state “is well known for its anti-Israel views and activities” is in violation of the certifications and assurances that must be signed by USAID recipients and that include a broad and strict definition of material support for terrorism.

In the precedent-setting ruling, the Supreme Court found that although the Humanitarian Law Project sought to help the Kurdistan Workers’ Party in Turkey and Sri Lanka’s Liberation Tigers of Tamil Eelam learn how to peacefully resolve conflicts, Congress had intended to prevent aid to such groups on the principle that any assistance could help to legitimize a terrorist organization and free up its resources for terrorist activities.

The Carter Center submitted an amicus brief to the Supreme Court in connection with Holder voicing its concern that if the statute prohibiting material support were upheld, it would jeopardize the Center’s work. The Court ruled against the Carter Center’s position, yet, Segal said, the NGO has continued its illegal activities, including repeatedly hosting terrorist representatives at its facilities; offering expert assistance to Gaza terror factions including Hamas and the Popular Front For the Liberation of Palestine (PFLP); providing expert mediation services to Hamas in an effort to negotiate reconciliation between the terrorist organization and Fatah.

Segal noted that some of the Hamas and PFLP representatives hosted by the Carter Center are wanted terrorists and that hosting them means also harboring them. Furthermore, she said, such meetings provide terrorist representatives with credibility, networking, status, and potential political power.

Segal added that while the the Carter Center may believe that this kind of assistance is good policy, under Holder, it constitutes a clear violation of the law, and makes the NGO ineligible for USAID funding.

The U.S. Department of Justice (DOJ) has decided to act for dismissal of the case, stating that while “representatives of the Carter Center have engaged in discussions and meetings with members of Hamas and the Popular Front for the Liberation of Palestine, the primary purposes of these activities were to facilitate dialogue between the Palestinian factions and to urge Hamas to recognize Israel’s right to exist, forego violence, and accept previous peace agreements.”

Countering the DOJ’s motion, Segal said that “according to U.S. law, the provision of expert advice or assistance otherwise known as material support, even if meant to promote peaceful and lawful conduct, can facilitate terrorism.”

Adding that she believed the motion is motivated primarily by discomfort with prosecuting a former president, she added: “The logic is simple. Any service provided to a terror group can help free up other resources within the organization. “Taking into account that a terror organization, ultimately, aims at executing acts of terror, by freeing resources from other needs, you are very likely to contribute to the organization’s illegal acts of violence, whether you intended to do so or not.”

A hearing on the motion to dismiss was scheduled for April 25. 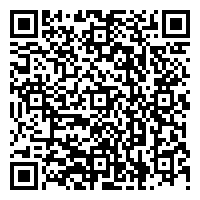