We are commanded to remember. “Zachor es asher asah lecha Amalek – Remember what Amelek did to you…” (Devarim 25:17). We read this portion on the Shabbos before Purim. We take this commandment very seriously. On the 9th of Av, whilst mourning the destruction of our Holy Temples, we read in our Kinnos of additional calamities that have befallen our people and our brethren. We will not forget the atrocities and the evil perpetrators. We will certainly not forget those who have perished. The question is: Just how shall we remember them?

Dr. Yaffa Eliach a”h, founder of the Center for Holocaust Studies, was one of the premier, original Holocaust educators. Dr. Eliach, herself a survivor, returned to her native Poland several decades following the Holocaust. She was shocked to find that a thousand years of vibrant Jewish life had been reduced to images of death and brutality. She decided then to create her own memorial. Rather than focusing on death and destruction, she would focus on the vibrant prewar life of her own beloved hometown, Eishyshok. She gathered photos and artifacts from those who had lived there. After years of intense research, Dr. Eliach published a comprehensive written history of her beloved hometown, “There Once Was A World: A 900 Year Chronicle of the Shtetel of Eishyshok.” Several years later, Dr. Eliach created a pictorial memorial, “The Tower of Life,” a designated tower at the US Holocaust Memorial Museum in Washington DC, completely covered with photos of the residents of this town.


Dr. Eliach miraculously brought her shtetel back to life.  She revived a people and a community that had virtually vanished. Today, hundreds visit this exhibit every single day. Hundreds gaze upon these photos and appreciate the life and vitality portrayed on these walls. Dr. Eliach was a visionary… She had a magnificent vision and she brought it to life. What a major accomplishment!

How shall we hold on to the memory of those who perished? Dr. Eliach was successful in finding a unique way to revive the memories of her landsleit. Other survivors also sought ways and venues to do so. After the war years, survivors searched out their landsmen and together many created what are now referred to as “Yizkor books.” Yizkor books document the history of Jewish communities destroyed in the Holocaust. They describe daily life through essays and photographs and memorialize those who were brutally murdered. Most are in Hebrew and/or Yiddish, although some English translations are being published now, especially through JewishGen, in online and print format. They contain the communal memory of individuals and communities that are no longer.

These Yizkor books generally include sections on life before the Holocaust, the Holocaust itself, and the period of regeneration and renewal that followed, both in Israel and throughout the world.

The very first Yizkor book was produced in 1296 in Nuremberg. This “Memorbuch” of Isaac ben Samuel of Meiningen is a record of communities destroyed and individuals killed across Ashkenaz – the old heartland of north European Jewish life, from the Rhine to the Danube – during the two hundred years since 1096, when on one Shabbos in the springtime, the knights of the First Crusade murdered the Jews of Speyer.

Jewish history tragically has no shortage of brutal massacres. Additional Yizkor books were produced in Europe throughout the Middle Ages in the wake of anti-Semitic violence. After the Holocaust of 1933-1945, when six million of our precious Jews were killed, this unusual genre re-emerged to commemorate the lives and communities lost.

Rebbetzin Esther Farbstein, a noted contemporary historian and Holocaust educator, published a fascinating book in 2011, The Forgotten Memoirs: Moving Personal Accounts from Rabbis who Survived the Holocaust (Shaar Press). Rebbetzin Farbstein gathered hundreds of sefarim written right after the Holocaust and discovered that the authors had often included autobiographical material in the prefaces. This particular book consists of excerpts from 15 of these sefarim. Survivors were eager to publish the Torah writings of their community rabbis, of their fathers and grandfathers who had perished. Their loved ones would live on through the Torah teachings being perpetuated in their name. These Torah writings became their personal Yizkor vehicles.

Amud Aish Memorial Museum has a sizable collection of Yizkor books that can be seen by private appointment. Are you researching your roots? Are you trying to track down family members long gone? This may be a good place to start.

The New York Public Library at 42nd Street in NYC also has a major collection, with approximately 730 Yizkor books, including about 650 which have been digitized through partnership with the Yiddish Book Center. Researchers around the world can access these books online and in person through the Dorot Jewish Division, and also purchase reprints from the Yiddish Book Center.

When I visited the library several years ago, I made an amazing discovery. In the Records Division, located on the ground floor, one can access, via computer, ship manifests, lists of passengers aboard ships that arrived in New York over the last 100 years or so. I actually conducted my own research together with my dear cousin Miriam Adler, and found documents listing the arrival of my father and his family members as they began their new life here in NY. Seeking further info in the Dorot Jewish Division, I found documents related to the shul my Zayde had presided over as Rav, located on the lower East Side, now known as ABC city. With this info in hand, I retraced his steps and found the home he had lived in as well as the site of the shul. Researching one’s family history is always well worthwhile.

How will we remember our Zaydes and Bubbes? Our Opas and Omas?  Let’s be proactive and get our young ones involved also. Connecting to the past assures a richer, more meaningful future. Remember, zachor, lo tishkach! Do not forget! 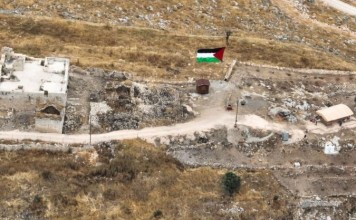 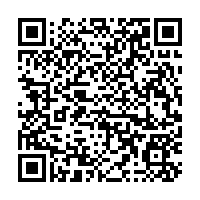