Ninety-five years ago this week, May 28, 1924, Henry Glanz – one of 200 Jewish youngsters who lived in a British castle known as Gwrych Castle for the first two years of World War II – was born.

“In early 1939,” Glanz told The Jewish Press, “I was supposed to immigrate to Palestine with approximately 1,000 other Jewish children, but our visas got canceled because of the White Paper.”

On November 15, 1938, shortly after Kristallnacht, a delegation of prominent British Jewish leaders had met with Prime Minister Sir Neville Chamberlain urging him to allow a large number of Jewish children from Germany to immigrate to Britain. A week later, Home Secretary Sir Samuel Hoare announced that the Home Office would grant temporary refuge to unaccompanied children up to the age of 17 provided that the Jewish community supported them.

“I was interviewed for the Kindertransport by Bachad (Brit Chalutzim Dati’im) – an Orthodox Zionistic German-Jewish youth group that I belonged to in Germany. Bachad was committed to ‘hachsharah’ – agricultural training – for teenagers who intended on making aliyah to Israel. I was placed on the last Kindertransport out of Germany on August 31, 1939.”

Meanwhile, British Zionist leader Arieh Handler, who was looking for hachsharah farms for the arriving Orthodox children, got lucky when Lord Dundonald, the owner of an early 19th century castle – Gwrych Castle – offered it rent-free to Kindertransport children.

The castle was situated on a 500-acre property in Abergele, North Wales, overlooking the Irish sea. Its facade – which included 18 embattled towers and buildings – stretched over 2,000 yards. Inside the four-storied building was a 52-step marble staircase leading to 128 rooms including a billiard room, a music room, eight bathrooms, rooms for servants, and a battery room that provided electricity to the castle.

Over 200 refugee children ages 15-16 years inhabited the castle: 60 from Bachad; 129 from Youth Aliyah, and 43 from Llandough Castle who evacuated it after it was bombed by the Germans.

“We arrived at the castle late at night. There was no electricity, only paraffin lamps. There was no hot water, no showers, just bathtubs. Hot water came several weeks later and was rationed. We slept on straw for the first few nights until the Quakers in Abergele supplied us with furniture and other items.”

The 24-year-old Handler organized counselors to look after the children. His brother Julius served as the children’s’ physician.

“Our lifestyle was strictly Orthodox. We observed fast days, sedarim, laid tefillin every morning, and the food was glatt kosher.”

“There were several Welsh farms surrounding the castle that employed some of the boys, including myself. The local farmers would pick us up in the morning and bring us back in the afternoon.

“Three weeks after our arrival in the UK, three boys and I went for a walk in Abergele browsing shop windows. As a policeman approached us, two of the boys fled. After the policeman caught them, he asked, ‘Why are you boys running away?’ I spoke fluent English and replied, ‘If a policeman approaches Jewish children in Germany, it means trouble.’

“The policeman nearly cried. He replied, ‘Tell them that this is not Germany. Here a policeman is your friend. When you’re in trouble, you don’t run away from a policeman. You look for one.’ Following that incident, a few policemen came to the castle to speak to the group about the British police. They bought us tea, coffee and cakes.

“Each child was permitted to send one letter per month containing 25 words to their parents. The Red Cross required a payment of 2 ½ shillings to send a letter.”

“During that month, Arieh got married to Henny Prilutsky in the castle. I was one of the pole bearers for the chuppah.”

The boys remained in the castle until 1941 when the government requisitioned it. Some of the children were relocated to Youth Aliyah centers while others were sent to farms near Belfast.

Glanz wound up working in a factory manufacturing machine guns from 1942-1944 and later joined the U.S. army as a censor of German mail, for which he was sent to Munich.

In 1945, Jewish teenagers from hachsharah centers in the UK began to immigrate to Palestine, but Glanz stayed behind and married in England.

Arieh Handler continued to work for Bachad, which later became The Friends of Bnei Akiva. In February 1949, Kibbutz Lavi, a British Bnei Akiva kibbutz, was founded in the Lower Galilee. 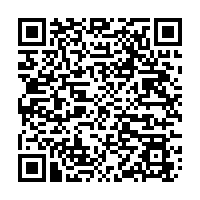