Dr. Angela Duckworth, a psychologist from the University of Pennsylvania, defines grit as “perseverance and passion for long-term goals.” It entails “working strenuously toward challenges, maintaining effort and interest over years despite failure, adversity, and plateaus in progress.”

From a certain perspective, being gritty doesn’t make sense. Why work strenuously towards a goal and invest so much effort into doing something? If things are hard and a person doesn’t see immediate success, it is natural – and perhaps even smart – for the person to give up and move on to something else.

Parshat Bechukotai contains rewards and punishments related to serving G-d. Rewards in the form of rain, sustenance, security, and the resting of the Divine Presence can be attained by following G-d’s laws (“Im bechukotai teileichu”), observing His commandments (“et mitzvotai tishmoru”), and performing them (“ve-asitem otam”).

At first glance, the pasuk seems redundant. The same broad directive – follow G-d’s commandments – is stated three times. But assuming that the Torah does not repeat itself for the sake of poetic embellishment, the Sifra (quoted by Rashi) assumes that each of these three components allude to different aspects of following mitzvot. Following G-d’s laws (“bechukotai teileichu”) cannot just mean doing the mitzvot, because that is explicit in the last part of the pasuk – “and perform them” (“ve-asitem otam”). Rather, following G-d’s laws is an allusion to the concept of toiling in the learning of Torah (“Tihiyu ameilim ba-Torah”).

Later commentators present many questions and interpretations to try to understand the depth of this midrash. In fact, the Ohr HaChaim presents 42 different explanations of these few words. For our present discussion, one question stands out. In many contexts, the word “bechukotai” refers to the chukim, the category of mitzvot that don’t seem to make any sense. The mitzvah of Parah Adumah (Bamidbar 19) is the quintessential chok. We don’t grasp the meaning or significance of the red heifer, yet we observe it anyway because it is the word of G-d. If we understand “bechukotai” here as denoting a mitzvah that doesn’t have a rational basis, and further, that it refers to laboring in the study of Torah, that leads us to a question: Does it not make sense to work hard while learning?

And even though it doesn’t make sense in the short term, there is a long-term reward. Dr. Duckworth’s research demonstrates that people who are gritty tend to be more successful at academic and professional accomplishments over time. Accordingly, she suggests that schools invest resources into teaching children how to be grittier. As is apparent from this midrash, grittiness has been essential to Torah education for millennia. We push, we toil, and we labor even when it doesn’t make sense, and we trust in the long-term reward that G-d promises us if we follow this essential chok. 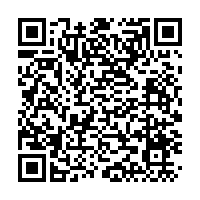