There is a time for everything under the sun (Kohelet).

This past weekend’s events on the mountain of Meron were a tragedy and they didn’t leave a dry eye in sight.


Lag BaOmer, one of the happiest and uplifting days of the entire year, turned in seconds into a national tragedy forever.

I arrived at Meron this year happier than ever. After last year’s shutdown and the absence of all the people, the excitement could be felt in the air more than ever. I climbed the mountain like many times before, and heard all the music from every end. The thousands of people dancing in the streets and the amount of prayers being recited from every end was exhilarating. I found my spot high on top of the mountain and I settled into my chair to pray and enjoy the celebration.

It was shortly after 1:00 o’clock in the morning and the music was playing like a carnival throughout the mountain and the air was filled with joy, when suddenly the music stopped and shouting over the microphones began. I was in the women’s section and could barely make out what was going on. The Rabbis kept shouting something about getting off the steps. I wasn’t sure which steps they were referring to and what exactly was happening. I was sitting in a spot that was a distance away from the place of the tragic incident.

Suddenly the air stood still and became very heavy. The smiles and singing were replaced with worry and intensity. People started running everywhere trying to make sense of what was occurring right under their feet. I stayed in my spot quite frozen and in disbelief about the rumors that started spreading through the air like a lit match in a haystack.

The music was replaced with sounds of ambulances and helicopters above. I felt like I was in a ghetto someplace in Eastern Europe, trying to figure out how to escape this terrible feeling I was experiencing. At around 4:00 a.m. I made my way down to the bottom of the mountain in the hope of getting a ride out of the area. The busses had shut down and the mountain looked like a ghost town with people wandering around not sure what they were even looking for. I found a friend who lived at the end of the road and fell asleep on a bed with three other ladies, who had conked out as well, for a few hours before I would try to figure out what to do next.

A few hours later I could hear the microphones once more directing the busses on the main road out of Meron. I was so sad. I couldn’t grasp the tragic events that took place only a few hours before. I usually gathered strength and happiness for the entire year from this day, and now it was a national tragedy.

I didn’t know what to think or where to go. I wanted to turn around and see that it was just a bad dream and that the music would start playing again.

I climbed heavily onto the bus. My body could barely move, this couldn’t have been Lag BaOmer, maybe it was the ninth day of the month of Av when we are so sad that we don’t have the Beit HaMikdash?

I was looking everywhere for some condolence. I wanted someone to come and comfort me even though, thank heavens, I was physically okay. Mentally and in my heart I was broken. There were no words to be found. Sometimes when the pain is so great, only Hashem can heal the wounds. So I let the waves of condolence in the air come from above and wrap me and the entire Jewish nation with love and warmth from Hashem.

So much can be said after such an event and yet there is so much that mustn’t be said. Sometimes after such a tragic event, the quiet takes the place of the absence of so many of the righteous souls that were taken from us. This in itself is a blessing.

May we never give up our belief despite horrible things that befall us as a nation. May we pick up the pieces and keep going, just as Rabbi Akiva did after all his students had died. He went south, found five new students and started all over again. And from those five students we have all the Torah knowledge that we have today.

May we never give up and may we always stand strong together, as a nation, in hard times and in good times, please G-d. 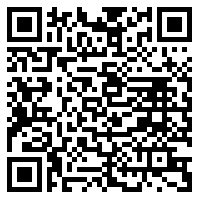