Things were going well until the business owner became interested in Anshel as a potential son-in-law. When Reb Anshel’s mother learned of that interest, she wrote him a letter insisting that he quit the job and return home to Brooklyn immediately rather than continue to risk his Yiddishkeit and future in Fall River’s non-religious environment.

Reb Anshel ultimately found his zivug in life in Grandma Hilda. They created a warm and loving Jewish home together, in which their grandchildren and great-grandchildren were always lovingly welcomed. At his levaya, one grandchild fondly recalled, “After each and every time my family visited Zayde, they would both stand on their front porch as we drove away, waving to us until we could no longer see them down the block.”


While carrying out his duties on behalf of The Jewish Press, Reb Anshel was able to make valuable contributions to Klal Yisroel and the Torah community, using the positive relationships he developed with everyone with whom he came into contact.

Reb Anshel was largely responsible for winning the agreement of New York State officials in Albany, more than 40 years ago, to give The Jewish Press and other small local community newspapers like it a fair share of the paid legal notices required by state law. The revenue from these ads has helped to sustain these newspapers financially to this day. Achieving this required Reb Anshel to spend a considerable amount of his time in Albany during which he created personal relationships with many state legislators and bureaucrats.

Reb Anshel then used these same political contacts in Albany for the benefit of the entire religious community. He was instrumental in the successful effort to repeal New York State’s “blue laws,” which made it illegal for most businesses to remain open on Sunday, and which were a major impediment to Jews looking to find shomer Shabbos jobs.

Reb Anshel also used his influence to help block an effort by animal rights advocates to get the Albany legislature to pass anti-shechita legislation which would have made it much more difficult for Jews to obtain kosher meat.

Other Jewish leaders and organizations were quick to claim the credit for these accomplishments. Reb Anshel’s crucial contribution to these efforts remained unknown even to his family until many years later when they sat shiva for Grandma Hilda. Among the visitors were those who worked with him in Albany on those issues.

Reb Anshel lived his life to the fullest. He loved to make those around him laugh, and rarely if ever complained. His son Arthur recalled that during the last four years of his life, he lived with the constant pain of a catheter. Yet, “gam zoo l’tovah – even this is for the best,” was the way he dealt with this challenge. “He knew that he was living on borrowed time,” Arthur said, “yet he continued to appreciate every moment.”

A few years ago, Reb Anshel’s niece, Naomi Mauer, recalled visiting him before she left for a trip to Israel and gladly agreeing to take a kvitel from him to place in the Kosel. Curious about what he was asking Hashem for, she read the kvitel, and was not really surprised to learn that it contained no requests for himself. Instead, it was a plea for peace for Eretz Yisroel.

This selfless faith and concern for others was typical of how he lived his long life. 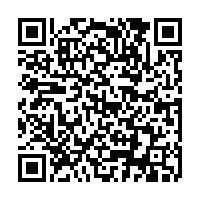