Overcast skies and sporadic showers failed to dampen the enthusiasm of tens of thousands of marchers and spectators at this year’s Celebrate Israel parade in Manhattan.

The parade, which kicked off Sunday at 11 a.m. and made its way up Fifth Avenue from 57th Street to 74th Street, drew a heavy contingent of political leaders, celebrities, and Israeli dignitaries.

Among the celebrities showing their support of Israel were honorary grand marshal Kathie Lee Gifford (the television personality told reporters she visits Israel every year) and renowned therapist Dr. Ruth Westheimer, who turned 88 on Saturday. Westheimer, who served as a sniper for the Haganah during Israel’s war of independence, has become a fixture at the Celebrate Israel Parade.

As always, though, the heart and soul of the parade were the marching bands, singing groups, and hundreds of day schools and organizations representing virtually all segments of the Jewish community.

Even the wet weather was seen by many as a net positive. “Let the world see that rain or shine, we come here to rally for Israel,” said a teenager marching with Brooklyn’s Yeshiva Derech HaTorah.

“Our support for Israel Doesn’t Stop for the Rain” read a sign along the parade route.

Yocheved, a 15 year old waving Israeli flags with her parents and two younger sisters, said this was her fourth Celebrate Israel Parade and it was the weather that made it special. 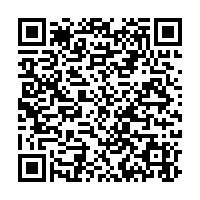