Bechukotai begins with the many blessings we will receive for keeping the Torah’s commandments. (Truly worth reading!) It also contains the Tochachah, section of admonition, in which God warns us that if we don’t “listen to [Him] and [don’t] fulfill all these commandments,” we will be severely punished.

God, of course, does not punish for punishment’s sake. Rather, He wants to get our attention so that we will introspect, recognize our errors, and correct our ways. God does not wish to destroy us or annul His covenant with us. He wants us to know that there are consequences for our every action. He also wants to make sure we don’t stray so far away that we assimilate and disappear as a nation.


Over the past few decades, there has been a move away in many societies from a sense of communal identity and responsibility toward a more individualistic way of looking at things. Here in Israel, many studies have noted a shift from the use of the plural pronouns – “us,” “our” – toward the use of “me” and “my” in the public arena, both verbally and in print.

This is seen as indicating a move away from a close society committed to a common goal, and a feeling of “we are all in this together,” toward a more self-centered, perhaps selfish, approach. I value solidarity and community, but I also think it is healthy and desirable to be able and willing to think and act independently with a strong sense of self.

This week’s parshah contains an interesting insight into the values of communal commitment and responsibility. The parsha promises blessings that will come to the Jewish people if they follow the Torah, and curses which will befall them if they do not. One of the blessings, which particularly resonates today in terms of the modern state of Israel and its security situation, is: “And you will chase your enemies, and they will fall before you by the sword. And five of you will chase 100, and 100 of you will chase 10,000, and your enemies shall fall before you by the sword.”

The Rabbis point out that the math seems to be wrong: if five Israeli soldiers will chase 100 enemies, then 100 Israeli soldiers should only be able to rout 2,000, not 10,000, soldiers. How to explain the math?

That is why 100 fighters have the strength to overpower five times the number of enemies that their numbers alone would suggest. Their abilities are multiplied and magnified by a sense of collective goal and fate, and that gives them strength and ability well beyond their numerical strength.

This notion – that being part of a large communal effort strengthens and inspires one, enabling one to do things that would otherwise be impossible – is an important argument for a more communal, rather than individualistic, worldview.

At the same time, being part of a large number of people all doing the same thing may not always inspire us to be our best. That’s why, before we keep God’s commandments, which in Judaism is very much a communal affair, we must first go in His ways – study His Torah – a task that occurs, first and foremost, within oneself.

A commitment to honesty, the commandments, and the openness that Torah study demands all require one to apply effort in worshiping Hashem and to find the balance in living life as a committed member of a community.

As we close the third book of the Torah this week, let us say, “Chazak, Chazak, V’nitchazeik,” not only for ourselves, but for the commitment we can and will make to strengthen ourselves as individuals and as a nation as a whole. Let us also send strength to the land and nature that surrounds us and ultimately strengthen our livelihood and well-being. 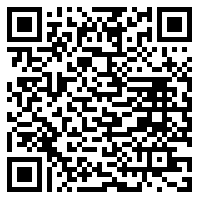