Have you ever wondered who invented the shopping cart? It wasn’t a woman. It was an American businessman named Sylvan Nathan Goldman.

“Syl,” as he was known, was born into a Jewish family on November 15, 1898 in what later became Oklahoma. He fought in World War I and later moved to California with his brother Alfred where they worked for grocery wholesalers. They returned home, however, to join a business venture with their uncles and introduced the “supermarket” – a new type of grocery store they had discovered in California in which customers could purchase all manners of goods under one roof and serve themselves.


(Prior to supermarkets, customers would frequent multiple specialty shops [e.g., bakeries, butcher shops, dry goods stores, etc.]. In each store, a man behind a counter would personally fetch items for customers.)

Syl and his brother opened their supermarket, the Sun Grocery Company, on April 3, 1920, in Tulsa, Oklahoma. The store was such a success that one year later the brothers opened an additional 21 Sun Grocery supermarkets throughout the state. Three years later, the family business had expanded to 55 stores.

In 1929, Skaggs-Safeway Stores bought the grocery chain, but the brothers lost most of what they made on the purchase in the stock market crash that year. By 1936, Syl was the owner of the Humpty-Dumpty and decided – after watching his female customers juggling wire baskets and their children in his store – that there must be an easier way to shop. So he invented the shopping cart.

He got the idea from a wooden folding chair in his office. While studying the chair one day, Syl thought: Why not place a basket on the seat and wheels on the legs? According to one source, Syl raced downstairs to get the store’s handyman, Fred Young, to ask him to help him actualize his idea.

It took a few attempts, but in 1936 Syl Goldman’s shopping cart was manufactured and patented through his company, the Folding Basket Carrier Company.

Surprisingly, Goldman’s customers didn’t immediately appreciate the new invention. The men objected to wheeling a shopping cart because they found it effeminate while women resisted using it because it resembled pushing a baby’s carriage too much.

To promote his invention, 39-year-old Syl took out ads in newspapers and hired male and female models to push the new invention around his store to demonstrate its benefits. Additionally, he hired people to greet his customers in the supermarket to explain the practicality of the folding-style shopping cart.

The invention eventually caught on and, when it did, Goldman became a multi-millionaire. He sold his shopping carts to other supermarket chains and by 1940 had placed prospective purchasers on a seven-year waiting list. 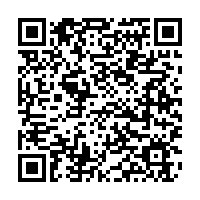