Shoshanna rummaged around in her bag with one hand while holding the rest of her shopping and her smartphone in the other. Where was her key? Where was her purse? Oh, no. It couldn’t be. Had she dropped it? Had it been stolen? Oh, how could she have been so careless as to have left it out of sight in the shopping trolley which she wheeled behind her?

Her phone was still in her hand where it always was…but her purse?


After another search, she decided that it definitely wasn’t there; whatever had happened, the purse, her keys, her money, her credit cards, her identity card…all were gone.

Suddenly, her phone rang. The number displayed was unknown to her, so she decided to ignore it and continue worrying about her missing purse. She called her husband, asking him to meet her at their apartment with a key to let her in. While she was waiting, she called back the recent caller – maybe it had something to do with her missing purse.

The caller sounded excited but unintelligible. Shoshanna’s Hebrew wasn’t very good but, after several requests for her to repeat herself, she made out “Jerusalem Central Bus Station” and “purse.” She hadn’t been anywhere near the Central Bus Station that day! If it had been found there, it must have been stolen; the thief had presumably taken what he wanted and just dropped it at the bus station.

The woman on the phone, who identified herself as Tova, said she was on her way home, and gave her address so that Shoshanna could find her and retrieve the lost purse. Even if the cash was lost, it would still save endless hours of paperwork, phone calls, and visits to government offices to have all her documents returned.

Shoshanna and her husband, Daniel, made their way across town to Tova’s apartment. She had sounded elderly on the phone and, as they neared her address, it definitely seemed to be in the much older part of town. They walked up and down small alleyways until they found the address, a rather run-down apartment on a badly lit 4th floor. Daniel, for no reason he could explain, felt awkward. “Maybe she’ll feel more comfortable if you go in alone, Shoshi. I’ll stay outside…give her this as a thank-you from us for taking the trouble to return the purse.” He handed her a 100 shekel note.

Tova opened the door slightly to let Shoshanna in and, as she did, Daniel caught a glimpse of her. He immediately recognized her and was glad he had taken the precaution of remaining outside so as not to embarrass her. He was the gabbai tzedaka of his shul and Tova was a regular applicant for the shul’s funds. The problem was that her pride never allowed her to be on the list the social worker supplied, which was one of the criteria for allowing her to receive money from the shul’s tzedaka fund. Despite this, Daniel had always believed that she was genuinely in need of help and had even given her money from his own pocket.

His glimpse into her bare, dark home had shown him that his instinct had been correct. Now, he just wished he had offered Shoshanna more money to give her.

Meanwhile, Shoshanna was chatting with Tova, learning about the challenges of living with an adult, mentally challenged daughter. Hearing between the lines and looking around her at the sparsely furnished, mold-ridden apartment, Shoshanna’s heart went out to this poor woman. She wished she had a larger note to offer, but it was difficult enough to get Tova to accept even the 100 shekels – she preferred to be credited with the mitzvah of hashovas aveida (returning a lost item) and to receive her reward in the Olam Haba.

When they met up again outside her apartment, Shoshanna and Daniel were of identical mind: “We must help her.” His position in his shul meant that Daniel had the perfect way to surreptitiously give her more money.

Her name and personal details were in his database so, the next day, he called her up and said that he had extra funds to disburse that month – would she like to receive some supermarket vouchers? Tova was thrilled and arrived quickly, delighted to receive the extra help, which she assumed came from the shul but was in fact from Daniel and Shoshanna. They now had a way to continue to help her without her realizing where the assistance was coming from.

As Daniel said to his wife, “We thought your purse was randomly stolen but it was all part of Hashem’s plan to help Tova receive some much-needed financial help.” 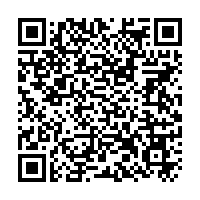