During the Second World War, a million and a half Jewish soldiers fought in the Allied armies, the Partisan units in Eastern Europe, and the anti-fascist underground movements in Western Europe and North Africa. These Jewish fighters won over 200,000 medals and citations. The Museum of the Jewish Soldier in World War II in Latrun, Israel pays tribute to their contribution. Scheduled for completion in May 2015, to coincide with the 70th anniversary of the war, the museum will comprise several wings, including halls for Great Britain, the Soviet Union and East Europe, the United States, the Partisans, and the Jewish Settlement in Israel.

Over the next few months, we will take you through its different sections and share stories of some of our heroes.

During the Second World War, with India still part of the British Empire, the king of Great Britain was also the Emperor of India. The Indian Army was a professional army of volunteers controlled by the British, and British officers filled most of the command positions in its ranks. At the outbreak of the war, with the army ill-equipped, the British began a rapid process of modernization. The mass enlistment of volunteers, most of whom were Indian, brought with it all the problems associated with a mélange of races, sects, classes, and languages. In November 1943, the Indian Army became the Allied South East Asia Command, and included all the forces in Southeast Asia. While Indian units participated in the battles in France, North Africa, East Africa, the Middle East, Greece and Italy, their main campaign was against the Japanese in Burma. At the conclusion of the war, the Allied SEAC amounted to the largest volunteer army in history, numbering about 2.5 million men and women soldiers.

Jews serving in the Indian Army came from all three Jewish communities in the country: the Cochin Jews who arrived after the destruction of the first Beis HaMikdash; the Bene Israel, who arrived from Judea about 2,100 years ago; and the Baghdadi Community, Jews who arrived about 280 years ago from Iraq, Iran, Afghanistan, Syria, Yemen, and other Arab countries. Many of the soldiers from the Bene Israel Community served in the British Garrison in Aden, where they formed ties with Yemeni Jews. We will follow the path of one of these Jewish soldiers: Jacob Jacob son of Elias Emanuel.

Jacob Jacob’s family, originally from Baghdad, Iraq, settled in Kolkata (today Calcutta), West Bengal, in the middle of the 18th century. Lieutenant Jacobs was born in Calcutta in 1923. Although his family was deeply religious and his parents hired Hebrew teachers for him and his brothers, Jacob says he “just wasn’t interested, something I now deeply regret.”[1] At the age of nine, he was sent to a British boarding school in Darjeeling, in the Himalayan foothills, 500km away, and came home only for the holidays. With the onset of the war, the Jacob’s adopted a family who had fled Hitler’s Europe. “I was appalled by their stories, by the atrocities,” Jacob says. These stories were the impetus for his enlistment, against his father’s wishes, in 1941 when he turned 18. “I joined the British Army to fight the Nazis,” he explains.

Upon his graduation from officer’s training school in 1942, he was posted to northern Iraq in anticipation of a possible German thrust to seize the oil fields of Kirkuk. Jacob then joined an artillery brigade that was dispatched to North Africa to reinforce the British army against German units under Field Marshal Erwin Rommel. The brigade arrived after the battles were over. From there, Jacob’s unit was sent to Burma where he fought for three years against the Japanese. In the wake of Japan’s defeat, he was assigned to Sumatra.

Following the war, he attended and graduated from artillery schools in England and the United States and specialized in advanced artillery and missiles before returning, in 1947, to join the new national army in independent India. He spent the next 37 years in the Indian army taking part in the Indo-Pakistani War of 1965 and insurgencies in Nagaland, Manipur and Mizoram.

The highlight of his career was undoubtedly the 1971 Indo-Pakistani war for which he drew up the battle plans. As fighting raged, Jacob flew to Dhaka and wrested an unconditional surrender from Pakistan’s military commander who later accused Jacob of blackmailing the 93,000 troops into the surrender. Within a mere thirteen days, India had defeated the Pakistani army and East Pakistan became the independent state of Bangladesh. In his book, he writes, “Although I was one of only a few Jews in the army, I never came across any anti-Semitism, only enthusiasm and acceptance.”[2] In the ‘90s, Jacob joined the Pro-Hindu Indian Nationalist political party and was eventually appointed governor of Goa, where he worked hard to protect the water sources and jungles. He was subsequently appointed governor of Punjab and later administrator of Chandigarh.

Jacob will not share details of his role in forging India’s diplomatic bond with Israel. However, in 2011, in a personal letter delivered to him by the Israeli Ambassador, then-President Shimon Peres expressed his appreciation for Jacob’s support. Since the establishment of diplomatic relations between India and Israel, Jacob has visited Israel many times. Then-Prime Minister Yitzhak Rabin invited him to attend the Jerusalem 3,000 celebrations. “If I had to rank the present-day level of relations between India and Israel, I would give them a nine out of 10,” he says. During one of his visits, he contributed his mother’s silver wedding girdle and jewelry to the Indian Jewish museum in Lod, Israel. In one short sentence Jacob sums up the duality he lives: “I am very proud to be a Jew, but am Indian through and through. I was born in India and served here my whole life; this is where I want die.”

[2] An Odyssey in War and Peace: An Autobiography Lt Gen. J.F.R. Jacob 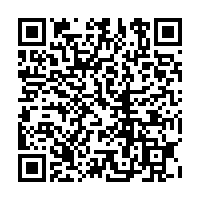