An 18-year-old Palestinian Authority man was arrested in Hebron on Friday afternoon.

The man threatened to stab an IDF soldier who was standing guard near the Tomb of the Patriarchs.

The soldier pointed his gun at the man, and told him to not come any closer. The Golani soldiers nearby arrested the sort-of terrorist and took away his knife.

The man was handed over to security services for questioning.

The original report indicated the man was 16, and tried to stab the soldier. 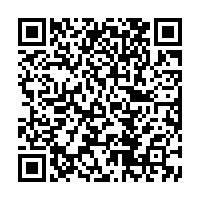