Editor’s note: This weekend, over 3,000 Lubavitch shluchim will gather in Crown Heights for the annual Kinus Hashluchim (also known as the International Conference of Chabad-Lubavitch Shluchim). To mark the occasion, The Jewish Press asked six shluchim a series of brief questions in the aim of giving readers a glimpse into their life: On shlichus in: Moscow, Russia
Years there: 12

Jews living in the area: “Moscow has 500,000 Jews, but we are responsible for the English-speaking crowd and tourists.”

One sentence mission description: To provide a home away from home for Jews visiting and living in Moscow as foreigners.

Recent inspiring story: “Over the summer I received an e-mail from a student in his 20s coming to Moscow from Austria who recently discovered his Jewishness and wanted to connect to the Jewish community in Moscow.

“We welcomed him with open arms and over Sukkos he was so inspired that he decided to have a bris milah.” On shlichus in: Twin Cities, Minnesota
Years there: 57

One sentence mission description: To bring God-consciousness to the entire area – to Jews through Torah and mitzvos and to non-Jews through sheva mitzvos bnei Noach.

Recent inspiring story: “This isn’t a recent story, but 53 years ago, the World Series was in Minnesota, so I figured if it’s in my backyard b’hashgacha pratis, I have to do something. So I got a pair of tefillin and decided I was going to give it to Sandy Koufax.

“I went to his hotel and said, ‘I want to see Mr. Koufax.’ They figured I must be his rabbi, so they gave me his telephone number, and I said to him, ‘Sandy, you did a tremendous thing [by not pitching on Yom Kippur]. You know how many adults didn’t go to work and kids didn’t go to school because you didn’t pitch?’

“I told him I wanted to make a presentation, so he gave me his room number on the 8th floor. When I got to his room, I gave him the pair of tefillin – he intimated that he knew how to put them on himself – and we spoke while he was shuckling about since he was supposed to pitch that day. Before I left, he made a profound statement. He said, ‘Rabbi Feller, they make a big fuss that I didn’t pitch on Yom Kippur. I also didn’t pitch on Rosh Hashanah!’” On shlichus in: Phnon Penh, Cambodia
Years there: 9

One sentence mission description: “No Jew will be left behind.”

Largest event: “Pesach Seder. We run sedarim in three different towns with a total of 500 attendees.”

Recent inspiring story: “A few months ago I went with a helicopter to evacuate a backpacker who got injured in the jungles. We arrived in a very remote place – there was no cellular reception (we communicated via SOS radar) – and I came out of the aircraft with plenty of sandwiches and a pair of tefillin for the nine backpackers there.

“They were so happy, and much of the food was gone within minutes. I then took out the pair of tefillin, but, surprisingly, none of them agreed to put them on.

“‘A mitzvah was most probably never done in this area before,’ I said. ‘This is a great chance. I will not leave this place without at least one of you putting tefillin on.’ One of them agreed and, soon after, we were in the air, heading to the rooftop of the best hospital in the capital city.

“The following morning, when I came to deliver kosher food to the hospital, the injured boy asked me to sit down. We sat for over an hour. ‘I grew up frum,’ he said. ‘In yeshiva, due to a breach of trust by one of the rabbis, I dropped most of it. I stopped davening, tefillin, and even Shabbos eventually. When you came out of the helicopter, I felt that I got back what I lost in yeshiva. I will now make sure not to miss a day of tefillin!’

“‘You should also know,’ he said, ‘that the boy who agreed to put on tefillin yesterday did it for the first time in his life as he didn’t have a bar mitzvah. We discussed it earlier in the trip and he said he would never put on tefillin.’” On shlichus in: Cancun Mexico
Years there: 11

Jews living in the area: Several hundred, but tens of thousands of Jews visit Cancun and the surrounding areas annually.

One sentence mission description: To serve the physical and spiritual needs of local and visiting Jews as inspired by the teachings and work of the Rebbe.

Recent inspiring story: “There’s probably not a single day that goes by that something crazy doesn’t happen here – including an emergency medevac we did the other day for an Australian family that we sent to a hospital in New York.

“Less than a month ago, a parent called us crying and panicking. For three days she hadn’t been able to reach her teen daughter who took a trip to Cancun. My wife heard that a young woman was sleeping on benches in the airport, and, with the guidance of a psychologist, we were able to track her down, gain her trust, and bring her to us for several days before she flew back home.

“Finally, the other night, a family that lives several hours from Cancun joined us at our daughter’s bas mitzvah. Their son came along, and I realized he had just turned 13. I was able to put tefillin on him for the first time, which I hope will eventually lead to him putting them on every day.” On shlichus in: Houston, Texas
Years there: 46

One sentence mission description: Serving Jews of all ages with ahavat Yisrael regardless of religious background or affiliation.

A recent inspiring story: “This story is as new today as when it happened as I live with it every day. When Israeli President Zalman Shazar passed through Houston on the way to an official visit in Mexico, he told me he wanted to visit with the Rebbe during his return. I immediately phoned [one of the Rebbe’s secretaries] and the meeting was set for 12 Tammuz.

“I was honored to be present in the Rebbe’s office at the meeting before the private yechidus. At some point in the first few minutes, the Rebbe pointed out my presence and said to Mr. Shazar:

“‘This is the yungerman who told me you were coming to me. His name is Shimon Lazaroff, named after his grandfather who was the rav in Leningrad. Rabbi Lazaroff is now in Houston from where they travel to the moon. Houston can therefore rightfully be called ‘shaar hashamayim (the gate of heaven).’” On shlichus in: Basel, Switzerland
Years there: 16

One sentence mission description: To educate people that Judaism is  joyous, that being a Jew is being a happy person.

Recent inspiring story: “We have a Jew who has been coming to our Beit Chabad for years, but we never saw any movement towards observance. He was in the same place for years insisting that we leave him alone.

“One day I gave him the book The Rebbe by Joseph Telushkin as a gift. He read the book, and in it is a story of a business man – I think it was Mr. David Chase. The Rebbe asked Mr. Chase if he was willing to give him a present. Mr. Chase responded, ‘For you, Rebbe, anything!’

“So the Rebbe asked him for a quarter of an hour every day. ‘Gladly,’ he responded.

“The Rebbe then said, ‘I want you to put on tefillin every day.’

“So this man he came to me and asked if he, too, could give the Rebbe a present. We’re talking about 25 years after Gimmel Tammuz [the day of the Rebbe’s petirah].

“He said he also wanted to give the Rebbe a quarter of an hour a day, so we went and bought tefillin mehudarot and since then – this is two years ago – he has not missed a single day. He is also going around wearing tzizis too.” 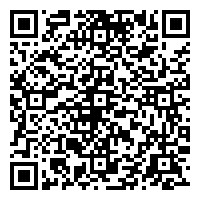