Last month, Yeshivat Har Etzion, or “the Gush” as it is widely known, held a massive event celebrating the fiftieth anniversary of the founding of the yeshiva. Not being able to attend but looking back on its storied history, I thought I might share some reflections on Gush’s contribution to the scene of Israeli yeshivot and the religious Zionist (dati leumi) world more broadly.

Gush was among the first Hesder yeshivas. In fact, it was among the first dati leumi yeshivas, period. And as opposed to Kerem B’Yavneh, which was tied to the charedi world, and Merkaz haRav, which was Rav Kook’s mothership, the Gush was created independently, yesh me-ayin, as it were, eventually creating another hashkafic track within the dati leumiworld.


Harking back to his Hungarian roots, Rav Yehuda Amital, the founding rosh yeshiva, brought to the Gush, and to Israeli yeshivot, a chasidic-style spirituality and singing that was not necessarily representative of the cold, Lithuanian yeshivot more prevalent at the time. By now, many Hesder yeshivot have more than overtaken the Gush in this respect, but that shouldn’t obscure the genesis of this renaissance of spirituality.

When Rav Aharon Lichtenstein joined the Gush several years after it opened, he brought the influence of Rav Joseph B. Soloveitchik – both his hashkafah and Brisker lomdus – to the dati leumi world. A conceptual style that is now taken for granted across so many Hesder yeshivot also had its start at the Gush.

The two rashei yeshiva fostered in their students a sense of commitment to “natural ethics” (musar tiv’i), accompanied by a certain universalistic perspective. This came to the fore most pointedly when both raised their public voices over the Sabra and Shatila affair, among other ethical crises.

Relatedly, both Rav Lichtenstein and Rav Amital (one more enthusiastically than the other) embraced the possibility of a peace process, at least in theory. Rav Amital even joined the Labor government, post-Rabin assassination, for the sake of national unity. The uncommon position that one can be committed to the Religious Zionist project and the sanctity of the land yet be willing to give it up under certain circumstances still has adherents today, and should not be underestimated (whether one agrees with it or not).

The Gush, largely through characters like Rav Mordechai Breuer, Rav Yoel Bin-Nun, and Rav Yaaqov Medan, raised the profile of Tanach study to an intellectual enterprise of the highest order. Although Rav Kook much earlier envisioned that an ideal yeshiva under the Zionist would embrace Tanach study, only in the Gush did this vision first succeed in achieving that prominence.

The focus on Tanach has expanded and taken on an enormous role, in two respects: Michlelet Herzog, a teacher’s college operating out of the Gush, has trained thousands of teachers at this point (in Tanach and beyond) and led the way among many other teachers colleges. Equally important is the annual Yemei Iyyun be-Tanach, a week-long summer event centered primarily around the study of Tanach which has attracted upward of 7,000 attendees in recent years.

The Gush also founded a serious beit midrash for women, in Migdal Oz. Although other learning programs for women previously existed, the goal and ideal of Migdal Oz has been to foster young women’s spiritual and intellectual-religious growth, and to offer them with first-hand encounter with Jewish tradition, like that afforded to any yeshiva student.

Both founding rashei yeshiva emphasized again and again the significance of serving the broader world, Jewish and beyond. Rav Amital would often tell the story about the Alter Rebbe chiding his son the Tzemach Tzedek for being too engrossed in his learning to help his baby crying in the next room.  Drawing upon the yeshiva’s mission-oriented focus, the Gush has had a massive impact on other educational institutions, both in Israel and abroad. Dozens of yeshiva alumni head other Hesder yeshivas, high school, synagogues, and other institutions.

I hope to have succeeded in giving a taste of the Gush’s unique contributions. Here’s to many more years of educational success! 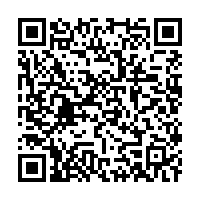