Looking up to others enables us to grow. It helps us to improve and become better people. At first it is our parents whom we look up to. Then it can be our big brother or sister, the head of the community, the leaders of the country, and so on.

Sometimes we might feel that we know better than others, especially those who are in high positions. We might express ourselves in a manner that is degrading to that person, as if he doesn’t really know what he is doing or talking about. We give advice and talk about him. We say what we think this leader or person should do.

This week’s portion of the Torah is called Korach. All the messages in the Torah are important. But the portion we read in the Torah each week has a direct connection to what is happening in the world at large.

In Israel we are unfortunately headed once again to elections. Everyone has something to say about the leaders. This itself is very dangerous. Korach and his entire congregation were severely punished for speaking about the leader of Israel, Moshe Rabbeinu. Of course, we can’t compare Moshe Rabbeinu to the leaders of our times. However, the Torah was written for all times so that we could learn important lessons and know the proper way a Jew should behave.

Korach and his people felt that they knew better, were smarter, and could surely do a better job at running the congregation of Israel. They didn’t think before they spoke. Moshe was a leader, someone to lean on and to rely on. He was the father and mother to the children of Israel. How is it that Korach didn’t stop to think that this is the same Moshe that had taken the Jews out of Egypt and brought them the Torah? This leader hadn’t let them down even for a second. Where were all these thoughts? Why didn’t Korach stop to remind himself whom he was complaining about?

Sometimes when we start gaining independence and become successful, we can easily forget where we came from and how we got to where we are. When we stop to think of the other person standing in front of us, and realize that it is Hashem who put him in that position, we would definitely think twice regarding all that we say and do.

In the story of Korach, even the babies and the small children were punished. The Torah teaches us that when it comes to controversy and dispute even the small children can be harmed. That’s how deep and internal the evil and poison of the dispute can be.

When we have someone we rely on, whether on a personal level or a communal level, we feel very close to that person. If it’s on a larger scale, we hold him in high regard and try to seek his advice or attention whenever we can. However, the closer we are to a person or the more we believe in someone, the more we might feel that we know better, and we allow ourselves to speak about him, not necessarily with respect and concern. When we are used to someone in our lives, we feel that we have the right to voice our opinion in whatever way we want. This is the problem of Parshat Korach.

Korach’s dispute started with his opinion about Moshe Rabbeinu. He spread that opinion among his family and then to his friends, and then it spread until it was too late to back out. We speak so freely about anyone and everyone. And we must always remember that we should think before we speak. We must remember who we are talking about. We must remember that Hashem is always watching and listening to us, whether we are doing or saying something good or not so good. Hashem didn’t let Miriam, the sister of Moshe Rabbeinu, speak about him, even when it did not seem significant at all.

The Torah has specific laws on how to speak and what to say regarding our fellow Jews and others. Being careful about not lashing out and saying all that is on our minds is so crucial since dispute is like a fire – even a small spark can light up the entire forest and destroy everything around.

Let us learn from this week’s reading how to guard our tongue, how to think twice before voicing our opinion, and how to respect properly those who are above us. Even when speaking of the leaders and people who are running our country at the moment, we must remember that we are not in their position, and that Hashem put them in their position for better or for worse. We shouldn’t be so quick to judge and speak badly about anyone. And may we merit a leader like Moshe Rabbeinu very soon! 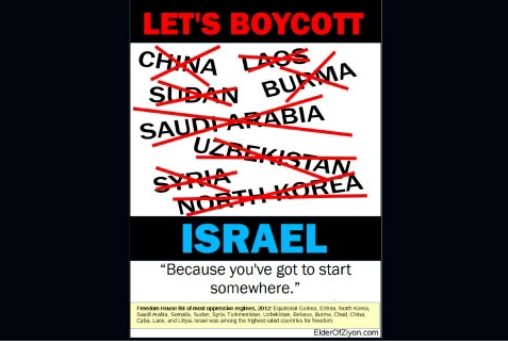