In 1796, Edward Jenner, an apprentice under an esteemed surgeon, discovered that injecting (variolating or inoculating, as it was known at the time) healthy patients with a miniscule amount of the smallpox virus prevented the patient from catching the deadly disease. Since then, doctors worldwide have sworn by the curing ability of vaccinations. Vaccines have been said to prevent a variety of diseases, ranging from chicken cholera and anthrax in the 1880s, diphtheria and the measles in the early 1900s, and polio in the 1950s. No matter what the disease, pioneers in the medical field have been developing vaccinations for a number of years. These pioneers include Louis Pasteur, Max Theiler, and Jonas Salk.

In most households vaccinations are held in the highest regard, and to most people it is the reason pandemic-causing diseases have been eradicated. Many citizens of this country see vaccines as the reason humanity was cured from the deadly and prevalent polio virus in the twentieth century, which according to the World Health Organization has left 10 to 20 million survivors worldwide in its wake, and some survivors are even left with extreme deformities and scars which they will carry with them for the rest of their lives.

Most Americans vaccinate their children. The Centers for Disease Control and Prevention recommends that the average child receive 49 doses of 14 different vaccines by the time the child is 6-years-old, and by the time the child is 18 he should receive 69 doses of 16 various vaccines. According to the CDC and the overwhelming majority of the healthcare and scientific communities, vaccines prevent diphtheria, hepatitis A, hepatitis B, influenza, measles, meningococcal, and the mumps, among many others. Approximately 87.7% of Americans allow their children to be given regular vaccines, which doctors and pharmaceutical companies condone and recommend.

What about the other 12.3% of the population? Those who do not vaccinate their children do so for a variety of reasons. They believe that vaccinations are the reason for America’s spiked infant mortality rates, and many diseases that are prevalent in children today, primarily autism. Not vaccinating their children is done out of concern for the health of their offspring. Nevertheless, in the society that we live in today, most see these individuals as conspiracy theorists and simply wrong on the science. Some vaccinating parents won’t allow their children to play with those who have not received their vaccinations.

For the last several years, four Jewish schools in the Baltimore Jewish community have been expelling students who have not received their vaccinations. The Baltimore schools – Talmudic Academy of Baltimore, Torah Institute of Baltimore, Bais Yaakov of Baltimore, and Beth Tfiloh – have expelled these students even though the parents of these students say that they have proper religious exemptions according to Maryland law.

As many as 15-20 families have had their children expelled from these schools, but an exact number cannot be verified, since many parents are afraid of the ridicule they would receive from their neighbors and rabbanim if they were to share this information. Most families are under the radar about this topic. Some parents brought the schools to the local beit din hoping to compel the schools to accept their children. Ultimately, the beit din sided with the school, as the head of the beit din said, “The school might set whichever criteria it finds appropriate. Beyond the legal findings and rulings upon which this decision is based, as per the parties’ submission, beit din finds it appropriate to add, that in our opinion, the school cannot be expected to accept unimmunized children from an ethical or moral basis.” 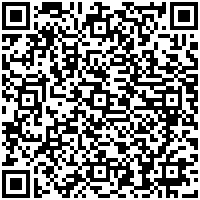