“I Have Never Forgotten You:

The Life and Legacy of Simon Wiesenthal”

Rated PG-13 (for disturbing violent images and descriptions of the Holocaust)
http://www.moriahfilms.com/

“Your powers are weak, old man,” Darth Vader tells Obi-Wan Kenobi as the young Luke anxiously watches the ensuing battle from a distance. Obi-Wan replies, “You can’t win, Darth. If you strike me down, I shall become more powerful than you could possibly imagine.” Seeing Vader (whom he does not yet know to be his father) strike his mentor to the ground, the horrified Luke believes Obi-Wan to be dead despite his promise to live on in a more powerful state. Yet if one lives one’s life powerfully, one’s deeds and one’s personality can outsmart death. As two new films demonstrate, Daniel Pearl and Simon Wiesenthal both affirmed their Jewish identities through their heroism – Pearl in death, and Wiesenthal in the life he lived after he narrowly escaped death during the Holocaust.

On January 23, 2002, Daniel Pearl, South Asian bureau chief for The Wall Street Journal, set out for what he believed to be an interview with Mubarak Ali Shah Gilani, founder of the Pakistani group Jamaat ul-Fuqra. The trip was dangerous, and although the U.S. government has not officially declared a Foreign Terrorist Organization, the government nevertheless considers a terrorist entity. But the interview was a hoax (Gilani was oblivious to the meeting and has since been absolved), and the far more dangerous so-called National Movement for the Restoration of Pakistani Sovereignty kidnapped Pearl and beheaded him on February 1 of the same year. Pearl was 38, and left behind his wife who would give birth to a son three months after his father was murdered.

In the short film “The Slaughter of the Spy-Journalist, the Jew Daniel Pearl” released by the National Movement, Pearl showed himself to be proud of his heritage to his final moment. “My father is Jewish, my mother is Jewish, I am Jewish,” he says, adding that a street in B’nai B’rak bears the name of his grandfather. Pearl’s family says (and the movie echoes) that the terrorists could not have known this fact. Knowing these would be his final words, Pearl defiantly affirmed his Jewish identity and threw it in the faces of his anti-Semitic and anti-American tormentors.

In “A Mighty Heart,” director Michael Winterbottom has the good sense not to show the beheading, but only the widow (played by Angelina Jolie) Mariane Pearl’s reaction to it. Throughout the film, Winterbottom chooses to disorient his viewers (much like the characters must have been disoriented) with a barrage of false leads, dead-ends and confusing narratives. Jolie plays a strong, courageous (albeit a more attractive) Mariane, and she has received generally favorable reviews from the reporters, save the few who have ignored the film and instead reported on the actress’ controversial attempts to control interviews. Yet as Stephanie Zacharek points out in Salon, the film “is so infused with personal pain that deeming it ‘good’ or ‘bad’ is nearly impossible.”

I left the theater feeling completely incapable of coming up with any critical words with which to approach the film. What right has a reviewer to tell a widow that perhaps a green would have done better than a blue in a film about her murdered husband? And yet the film is not a documentary, but a piece of art. As such, it includes artistic decisions from costume design to camera angles to dialogue. Although endorsed by Mariane Pearl and the Daniel Pearl Foundation, it is a particular perspective on the story of Pearl’s murder and to critique some of its decisions is surely not the same as criticizing Daniel Pearl or his heroism and courage.

The film’s strength and weakness comes from its perspective: Mariane’s. Where the film could have made an excellent opera, culminating in a tear-wrenching aria tied to Pearl’s beheading (like Salome’s perhaps), instead viewers are left with Mariane’s side of the story. Daniel only participates only insofar as he interacts with Mariane, but viewers never know what transpires off-camera with Daniel and his kidnappers.

Simon Wiesenthal is called the Nazi Hunter for a reason. After losing at least 89 family members during the Holocaust, Wiesenthal became obsessed with tracking down Nazi criminals and bringing them to justice. In the new film “I Have Never Forgotten You,” Wiesenthal tells an interviewer that he anticipates meeting Holocaust victims when he dies (he died in 2005), and when they ask him what he did for them, he will say, “I have never forgotten you.” Having brought more than 1,100 war criminals to justice, including Adolf Eichmann and SS officer Karl Joseph Silberbauer, the man who arrested Anne Frank, Wiesenthal was surely validated in his response.

Wiesenthal was born in Buczacz, Ukraine, and as a young child, his grandmother, watching him build houses out of sugar cubes, said he was destined to be a master builder. One unfamiliar side of Wiesenthal that the film shows is his artistic promise. He studied architectural engineering at the Technical Institute of Prague. The film shows some of Wiesenthal’s buildings, including the one he built for his mother and stepfather, of which he was most proud. While imprisoned at the Mauthausen concentration camp, Wiesenthal spent his time in the infirmary painting Nazis. The drawings are cartoons with thick heavy lines (not unlike the typeface Fraktur that Hitler initially used in all his signage). Wiesenthal draws a thermometer revealing a temperature of minus16 degrees, as Jewish prisoners shiver in the cold, and many bones, dead trees, and a large Nazi boot stamping out a camp. The Nazis look like bulldogs, with large under-bites (this move perhaps anticipates Spiegelman’s “MAUS“), and Wiesenthal draws one Nazi watchtower with walls of skulls.

“I wanted to leave something behind to document the horrors. And I was sure no one could prevent me from doing it – no one from the SS,” Wiesenthal says in the film, though he does not explain how he managed to hide the drawings. “I went through so much that I ask myself sometimes, ‘How could anyone believe me?’ Oftentimes I think, ‘Maybe I was just dreaming.‘”

The film tells how Wiesenthal left the American War Crimes Office to open his own office when the Americans started releasing Nazi prisoners to concentrate on the more immediate threat of Communism. Wiesenthal told the 30 volunteers who joined him to bring whatever furniture they could to the office, and work commenced on several broken typewriters. The impression viewers are left with after seeing the film is that Wiesenthal truly was a one-man army in his fight against Nazi officials. He had help from the Mossad to be sure, but he seemed to be an equal to the intelligence unit in information gathering.

And yet the film shows Wiesenthal as a humble, caring man, rather than the fighter he also was. “I’m not a Jewish James Bond and I’m not a Don Quixote,” he tells one interviewer, instead calling himself a survivor. Elsewhere, he begs, “Please do not turn me into a hero. I do not feel like a hero.” And yet again, he says in an interview that he sees himself as “a researcher, nothing else.”

Wiesenthal’s life choices took their toll on his health and on his family. He made very little money from his career, and he devoted himself completely to his work. He said of his wife, “She is not just married to one man, but millions of dead ones.”

But perhaps the most important aspect of the film was Wiesenthal’s rigorous devotion to research. Despite surviving the Holocaust and looking evil in the eye time and again, he maintained that “no one is born a criminal” and that “you can’t accuse and then look for evidence.” When many rallied against Austrian presidential hopeful Kurt Waldheim in 1985 because of his alleged Nazi ties, Wiesenthal defended him, claiming there was not sufficient evidence to implicate him. It would have been all too easy for him to use his power and influence to condemn Waldheim, but Wiesenthal was a sufficiently complex man to be able to maintain that justice, and not impulsive lynch mobs, was the proper way to respond to evil. 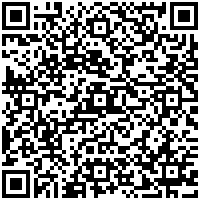