When a convention of kosher supervisors steps out to dine, you can be sure the restaurant of choice will meet their highest standards of kashrut as well as cuisine.

Le Marais, a French steakhouse that has been under the supervision of OK Laboratories since its opening in 1995, provided the setting for dinner and lively conversation following the OK?s 2nd Annual International Mashgichim Conference in November.


The restaurant is a haven of European charm just steps away from the frenzy of Times Square, serving food that has been described as ?very good classic French cuisine that happens to be glatt kosher.? Its convivial atmosphere also belies the notion that French restaurants (and their waiters) are snobbish and stuffy.

The choice of location was symbolic and timely, according to OK Laboratories rabbinic coordinator Rabbi Dovid Steigman. ?Coming into the heart of New York City at a time when so many are staying away after Sept. 11 is a show of solidarity and an expression of confidence in the city,? he said.

In fact the pedestrian traffic along Broadway was noticeably thin compared with its normal bustle. Le Marais had been forced to close its downtown restaurant next to the World Trade Center, but absorbed the former staff into the midtown location, where diners continue to enjoy steak with mountains of fries and specialties like meats smoked in-house.

A day of intensive kashrut seminars preceded the dinner. More than 100 kashrut supervisors came from Australia, Israel, Japan and Singapore as well as Europe and the Americas. Representing well over 1500 food manufacturing facilities around the world, they gathered in Brooklyn, where the OK?s organizational headquarters are located, to share information and take part in a day of lectures and discussions focusing on current issues in kashrut supervision and technology.

The conference was also an opportunity to enhance communication between the OK home office and representatives in the field. ?The fax number becomes a face,? was the way Rabbi Mordechai Gutnick, rabbinic administrator from Australia, expressed his appreciation of the chance to meet personally with the staff and other mashgichim.

?When a question arose about concentrated juice from Hungary, for example, the mashgiach from Hungary was right there to answer the questions,? said Rabbi Steigman.

Dinner at Le Marais elicited more ?shop talk? as the mashgichim spoke enthusiastically about the growth and sweep of kashrut in their respective countries. Australia is a major exporter of kosher food, Rabbi Gutnick told The Jewish Press, including dairy products and the Teal Lake wines marketed by Kedem, and has a very high standard of shechita.

Rabbi Shimon Lasker, headquartered in Brussels, extolled the quality of Belgian chocolate, and said that four new lines of completely parve industrial chocolate would soon be available from that country ? great news for bakers.

Rabbi Ahron Haskel, representing the OK organization in Israel, explained the central role Israel plays in the global marketing of kosher products. Not only do Israeli exports go to Jewish markets throughout Europe, he said, but European exporters also turn to the OK in Israel in order to send exports to the U.S. Pickles from Bulgaria, olives from Cyprus and Greece, and cheese from Lithuania all make their way to Israel and America under the auspices of the OK supervision.

Mentioning the growth of the OK Laboratories, rabbinic administrator Rabbi Don Yoel Levy pointed out that the database in their home office computer system now lists the kosher status of at least 160,000 separate ingredients for a network that certifies close to 180,000 products.

As the conference concluded on a note of success and shared good feeling, event coordinator Rabbi Yitzchak Hanoka summed up its purpose: ?In keeping ith OK tradition we are forever expanding our use of modern technology in order to strengthen the quality of our kashrut work and to expedite the exchange of information, thereby raisng the standard of kashrut worldwide.? 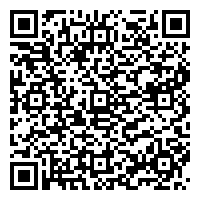