As Jews celebrate their 350th year on American soil, Kosherfest ’04 will pay tribute to the Lower East Side, home to waves of immigrant Jews, with a special exhibit on its history.

The 16th annual kosher food trade show (Oct. 26-27) at the Jacob Javits Convention Center, in conjunction with the Lower East Side Conservancy, will sponsor a special exhibit depicting the area’s history, culture, historic landmarks, merchants and foods through a multi-media exhibition.

The exhibition, which will be comprised of computer presentations and larger than-life panels, will show life on the Lower East Side as it was in September 1654, when the first group of 23 Jews arrived from Spain, through the present day.

According to Joel Kaplan, Executive Director of the United Jewish Council of the Lower East Side, ”The exhibit will help visitors to Kosherfest appreciate the multi-faceted contribution of the early immigrants, especially when it comes to food!”

Many Lower East Side food establishments have become famous, and still remain there today, including Gertel’s bakery, Guss’s pickles, Streit’s matzoh, and more.

Kosherfest 2004 will feature more than 500 booths reflecting some of the newest trends in the kosher food market, as well as traditional foods. For additional information visit www.kosherfest.com. 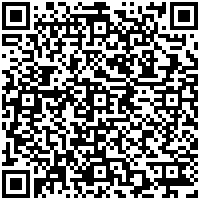