Cooking according to Chanukah tradition doesn’t have to be boring! Though it’s unlikely that any Maccabee ever saw a potato, latkes are traditionally made with potatoes and that particular “traditional” dish is based on a South American tuber that didn’t cross the Atlantic until the sixteenth century.

My go-to Chanukah menu is always a mix of dairy foods with potato latkes and jelly donuts. But that doesn’t mean we can’t have some fun. This year, I have planned another special not-so-traditional Chanukah menu and will share with you some non-traditional twists on the classic latkes and donuts.


Why do we eat fried foods? In the Geller house, because we love them, and we need no excuse to munch away. But the rest of the Jewish world has a reason – several, in fact.

The simple answer is that foods fried in oil remind us of the oil that burned miraculously when the Maccabees purified and rededicated the Holy Temple in Jerusalem. Latkes and sufganiot are fried, which is why we eat those specifically on this holiday.

Additionally, the Hebrew word shemen, meaning oil, contains the same letters as shemoneh, eight, which was the number of days that the miracle of the oil lasted. There are no coincidences in Jewish tradition.

Mystically, both the Temple Menorah and the oil used to light it are associated with chochmah, Torah wisdom. The war between the Greeks and the Jews was essentially a war of ideas – which culture and whose wisdom would endure. The Greeks wanted everyone under their rule to value their philosophy and think exactly as they did, so they were violently opposed to the idea of G-d’s wisdom and forbad the study of Torah. Many Jews obeyed these laws and were lured from Judaism by the attractive Greek culture. But Jews devoted to Torah just as adamantly refused to give in. Both sides knew it would be a fight to the death.

Well, we all know who won. We still live by the Torah, and somehow, the Greeks stopped thinking. A drop of oil symbolizes the whole thing, so it’s no wonder we indulge in oily delicacies.

Directions In a large bowl, combine zucchini, onions, eggs, matzo meal and salt and stir to combine. Heat ¼-inch oil in a large sauté pan over medium high heat. Drop by 2 tablespoons full and lightly press down to flatten. Fry for about 4 to 6 minutes per side or until nicely browned. Remove and drain on paper towels. Continue with remaining batter.

Remove from the oven and transfer to a serving platter. Garnish with goat cheese and chives to serve.

Directions In a medium bowl, combine banana, lemon juice, sugar, cornstarch and cinnamon and mix well, smashing bananas slightly with the back of a wooden spoon.

Lay out egg roll wrappers on a large work surface. Working with one wrapper at a time, spread 1 tablespoon nutella across the wrapper, leaving about ¼-inch border around all edges. Spoon 3 tablespoons banana mixture across the middle of the wrapper and lightly brush all the edges with water. Position the wrapper so that one point (corner) is closest to you. Fold that corner up just enough to cover the filling. Fold each side over to meet in the middle and roll up from the bottom. Brush final corner with water, and press lightly to seal. Transfer to a baking sheet seam side down. Repeat with remaining wrappers, nutella and filling. 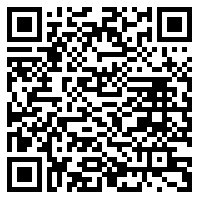