The asparagus salad was served on romaine lettuce, with mushrooms, cherry tomatoes, corn, red onions and croutons intermingled, dressed in Italian dressing, and here too feta cheese sprinkled throughout with stir fried asparagus coated in sesame seeds. Both salads were delectable, with the delicate feta cheese providing the salty flavor, and the sweet potato and asparagus, both nutty with a hint of soy sauce, providing the savory flavor, all working perfectly with the toppings with which they were paired.

The teriyaki salad came with a choice of teriyaki salmon or tuna, and we chose the former to top the salad. The salmon pieces were cooked to perfection, and the teriyaki glaze dressed the rest of the salad which included lettuce, cucumbers, cherry tomatoes and peppers; the accompanying vegetables let the salmon shine with all of its savory flavor. We forgot we had ordered another appetizer, the sushi specialty roll: Crispy Rice roll. The presentation was magnificent – it almost looked too pretty to eat. It was arranged with spicy mayo sauce and sweet soy sauce alternating in painting the plate’s border, while the sushi was arranged criss-crossed, with half the sushi topped in the salmon and the other half in avocado. The sushi roll was large and included spicy salmon, cucumber and crunch, and was so fresh, which is key to great sushi.

After that we ordered a panini and two pasta dishes. Again, it was tough deciding among the many different types of breads, whether in a traditional sandwich or wrap, or hot pressed panini or quesadilla. We ordered the house special panini, called the Elite Panini, served with a side salad of your choice (we chose Israeli salad). The whole-wheat flat bread was covered with sesame seeds, and inside the panini were sautéed mushrooms, pepper, onions, tomatoes, eggplant, mozzarella cheese and pesto sauce. This was delicious, with oozing cheese paired with sautéed vegetables on a toasted bread combination. Even the Israeli salad was seasoned just right and freshly diced.

For the pasta entrees, we ordered a classic penne alla vodka and an all-time favorite, eggplant rollatini. These are dishes you dream about eating on Shavuos, when all the stops are pulled out for the perfect cheesy pasta dish. These dishes looked and smelled heavenly, and tasted even better. The cream sauce in the penne alla vodka was just the right cheesy consistency, with pieces of tomatoes and onions and a hint of garlic, sprinkled on top with basil leaves, which all blended nicely in the pasta. The eggplant rollatini also surpassed our expectations, which were already high. This dish is one we will not soon forget and was incredible. The eggplant rollatini is made with rolled eggplant stuffed with ricotta cheese and topped with marinara sauce. Eggplant can sometimes be tricky to cook to the right tenderness, but they got it just right. Every bite was soft, with bursts of the tomato and cheese combined along with the meatiness of the eggplant; it was also served with your own parmesan cheese shaker in case this dish wasn’t cheesy or decadent enough for you.

After enjoying the delicious dishes, we knew we had room left only for dessert. We had no idea what a treat we were in for. Usually, we play it safe and get a molten lava cake, which reliably overflows with chocolate and is delicious. The manager suggested a crepe, a s’mores platter, and an Elite Café creation called the Elite Chocolate Iceberg. We happily obliged.

He brought us first the Elite creation and we couldn’t believe our eyes. Served in a glass mug, this hot chocolaty drink is made of steamed milk, with pieces of elite milk chocolate bar dropped and melted inside, along with two marshmallows which sit afloat the drink. All we could say is that between the creaminess of the chocolate and of the marshmallows, it felt like an iceberg of delights in our mouths. Is it possible to have too much of a good thing? We were then brought a hazelnut strawberry banana crepe, which was massive in size and filled with warm oozing chocolate with nuts, strawberries and bananas perfectly complementing the chocolate, along with a scoop of vanilla ice cream and whipped cream on the side. This was an authentic homemade crepe, which alone could have satisfied anyone’s sweet tooth. Until what we then saw next, a sight to behold: the s’mores platter. A tray of different sections, each filled with either marshmallows, Elite milk chocolate squares or graham crackers, long wooden sticks, with a bluish tinted flaming fire in the center of the platter, was brought before us. We stared with our mouths agape as we realized that we would be roasting our own s’mores in the middle of a café.

Who Gets Treated First? 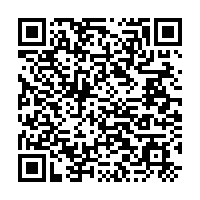