Yad Vashem Chairman Avner Shalev called Thursday on the international community to protect Jewish communities, at a time when anti-Israel activism has resulted in violent attacks against Jews around the world.

“We call on the governments of the democracies around the world, particularly in Europe, to take immediate steps, using the legal and moral tools at their disposal, to protect Jewish citizens in their countries, and combat the expressions of anti-Semitism which we are witnessing in recent weeks,” Shalev said.

The Holocaust memorial said in a statement that Jew hatred “is finding various expressions, ranging from attacks on synagogues in France and physical attacks against Jews, to pejorative name calling and refrains such as ‘Jews the Gas’ in Germany, to the use of swastikas at anti-Israel demonstrations, and antisemitic caricatures in newspapers and social media. Physical and verbal violence against Jews in purported response to the events in Gaza, is antisemitism.

“As an institution dedicated to Holocaust remembrance, we are also gravely concerned by the demagogic abuse of Holocaust imagery and language which distorts the past as well as the current reality for political purposes. Exploiting these terms from the Holocaust, in order to incite and inflame hatred, desecrates the memory of the Holocaust,” the statement said. 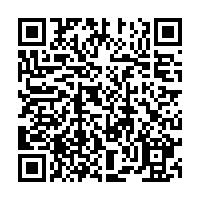