I am a pharmacist who has been working in retail pharmacy since 1974. Last year I was working for a pharmacy owned by a non-Jew, and most of the workers there were non-Jews. I got along well with all of them, trading stories with them about our religious beliefs. I was curious about their way of life and vice versa.

Now for the test and the reward angle to my story.

The test: I was surprised that after 11 months on the job, I would be fired for not being able to work on Shabbat. I didn’t flinch when I heard the news. I felt my emunah was strong enough to withstand this challenge. I remembered when my children were in grade school and we played the Uncle Moishy song, “Single, double, triple pay won’t make me work on Saturday: it’s Shabbat Kodesh.”

At a shiur I attended after I was fired, I heard a rabbi say that someone who performs a meritorious act gets to enter Gan Eden.I was too shy to ask if my recent job experience would qualify me to enter Gan Eden. If not, I was sure that what happened to me would have reverberations in heaven.

The reward: While daydreaming about finding the perfect job, I never expected to be rewarded in spades for my aforementioned experience.

Here’s a picture of what retail pharmacy is like.

During my 40-year career, it’s been unusual to get any time off to eat lunch. In my job now, though, I get an hour off. Regarding Shabbat and Yom Tov, the non-Jewish owner permits me to leave as early as needed. As an example, the owner allowed me to close the store this past Shavuot since I couldn’t work on those days.

Upon hearing of these allowances accorded to me, my wife said the owner should be blessed. 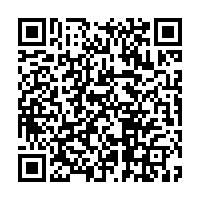