This year marks the 80th anniversary of the influential paper published by a Mount Sinai physician, Dr. Burrill Crohn, and his colleagues that for the first time characterized a disease associated with severe inflammation of the intestine. Patients with what was later named Crohn’s disease develop diarrhea, fever, stomach pain, and often lose weight. Crohn’s is now classified as an autoimmune condition in which the immune system attacks its own healthy tissue in the gastrointestinal tract, causing chronic inflammation. It affects young individuals, and, even though it is not curable, it can be treated and controlled by medications and surgery.

Epidemiology and origination of Crohn’s Disease


Crohn’s is considered to be a complex disease with both genetic and environmental risk factors. There is extensive evidence to support the role of genetics in the development of Crohn’s disease. Having a relative with Crohn’s disease is the greatest risk factor for other family members. Also, studies of twins have shown that identical twins, who share almost 100% of their genetic information, were more likely to both have the disease than fraternal twins.  The differences in the prevalence of Crohn’s in various racial and ethnic groups further indicate that genetic factors contribute to the risk, even though shared cultural factors, such as diet and lifestyle, might also explain these differences. Specifically, the prevalence of Crohn’s disease in European countries ranges between 1 and 12 per 100,000 individuals, whereas this disease was until recently virtually unknown in the developing countries.

The major genetic risk for Crohn’s disease identified so far is conferred by 3 rare mutations in the NOD2 gene. NOD2 plays an important role in the immune system, as it enables immune cells to recognize bacterial molecules and stimulates an immune reaction. While the frequency of these mutations ranges between 1% and 4.5% in the general population, about 40% of Crohn’s disease patients carry at least one copy. This translates to a 2 to 4-fold risk of developing the disease in carriers of one copy and a 10 to 40-fold risk in those who carry multiple copies of these mutations. Recent advances in the field of genetics have allowed identification of an additional 160 genetic variants associated with Crohn’s disease in individuals of European ancestry. However,  a sharp increase in the occurrence of the disease in children of immigrants from the developing countries who move to Western countries, as well as the well- established effect of smoking on Crohn’s disease risk, suggest a prominent role for environmental factors as well, most likely diet and lifestyle.

Interestingly, Jews of European descent (Ashkenazim) have a 4 to 7-fold increased risk of developing Crohn’s disease compared to non-Jewish Europeans. Genetic risks alone could not explain why the prevalence of Crohn’s disease is so much higher in Ashkenazim than in surrounding populations. To investigate this phenomenon, researchers from the Mount Sinai School of Medicine have recently conducted the largest study which compared 1,878 Ashkenazi Jews with Crohn’s disease to 4,469 Jews without the disease, using DNA samples to evaluate their genetic make-up. They discovered five new genetic risk regions associated with Crohn’s disease in Ashkenazim. Armed with this new information, they can begin to pinpoint additional causal genetic mutations, discover the nature of the malfunctions they create,  and hopefully eventually develop new treatment approaches. That study also demonstrates the value of genetic studies in isolated populations, like Ashkenazi Jews.

The Role of Commensal Bacteria in Crohn’s Disease Risk

One possible explanation for the origination of Crohn’s disease is the hygiene hypothesis which suggests that a lack of early childhood exposure to infectious agents causes the immune system to wrongfully recognize its own non-pathogenic microorganisms as imminent risks and to act against them, causing substantial damage. This notion is particularly interesting in light of accumulating evidence suggesting that the identity and relative abundance of members of bacterial communities, or microbiota, normally residing in the human body and referred to as “commensal”, or non-harmful, bacteria, can be associated with different disease states. Microbial cells that live on (skin, eyes) and inside the human body (digestive system) may outnumber the quantity of human cells by 10-fold. This means that we may be carrying more bacterial genes than our own. Some commensal bacteria are essential for our health and provide a wide range of metabolic functions that the human body lacks. They help break down, absorb and store nutrients that otherwise cannot be digested, fight pathogenic bacteria, and play an important role in the development of the immune system. 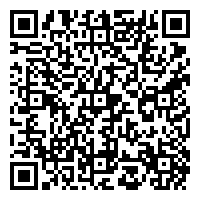