As Rabbi Meyer Waxman discusses elsewhere in this issue, more elderly parents are being forced, by circumstances, to move in with their adult children, as are more young adults who find themselves compelled to move back into their parents’ home. More adults have become part of the sandwich generation, as members of the six million American households today that span three or even four generations.

More than 70 years ago, this living arrangement was not uncommon, and was even considered to be something of an American ideal. Think of the multi-generational household that was depicted so nostalgically in the classic TV series, “The Waltons.” But after World War II, multi-generational living fell out of favor. In 1940, about a quarter of the US population lived in such households, but by 1980, just 12% did. Not coincidentally, this period saw the rapid growth of nuclear-families living in suburban homes, and the creation of huge retirement communities in the Sunbelt states. At the same time, the proportion of newly arrived immigrants, who commonly adopt multi-generational living arrangements during the initial stage of their life in a new country, declined as a share of the total US population.


A necessity instead of a choice

Today, most families adopt multi-generational living arrangements out of necessity rather than choice. When elderly parents can no longer live safely alone, loving family members may be unwilling to entrust their care to nursing homes or assisted living facilities. Young adult children find themselves with no choice but to move back into their parents’ home due to the breakup of a marriage or the loss of a job. Some young adults and their families move in with their parents voluntarily, because they prefer the conveniences that a properly structured multi-generation household can offer, but these are the exceptions rather than the rule.

Most multi-generational households are created on the fly in reaction to an unexpected crisis. In such cases, the head of the multi-generational household must face two fundamental questions. First, what changes must be made immediately to make the living arrangements for everyone as convenient as possible in the short term? Second, are they willing to make the permanent changes in their home and lifestyle that will be necessary to make the new living arrangements practical over a more extended period of time?

More simply put, it is one thing to put up your father-in-law on your living room couch for a few nights, or to ask one of your kids to double up with a sibling while grandma takes over their bedroom for a few weeks. But the natural friction from such extended, close interactions, under makeshift arrangements, will eventually start to wear on everyone.

No single formula for success

There is no set formula for making multi-generational households work, because no two situations are exactly alike. Sometimes the problems may be insurmountable. The head of the household and all of the family members involved need to go in with their eyes open and recognize that if the arrangement is to work, significant adjustments and compromises will be needed on all sides.

The first question to ask is often the most difficult – are the physical living arrangements available suitable to meet the minimum needs of everyone in the household? If not, what alternatives are available? How much time and money will it take to implement them? How will the household function before these solutions are in place?

For example, take the case of an elderly parent who can’t climb stairs, who had been living in an elevator apartment building in Florida, and who now needs to be brought back to New York to be taken care of by their adult child who lives in a walk-up apartment. To make such an arrangement feasible, the adult child may have to ask their parent to sell their Florida apartment in order to provide the down payment for a new home in New York that would be more suitable for the entire extended family. Alternatively, if the adult child owns their own home, they may have the option of refinancing their mortgage to pay for the construction of an extra bedroom or bathroom or other renovations (such as installing a wheelchair lift) needed to make the living arrangements more practical over the long term. Before making a final decision, the adult child should also consider whether the cost of the necessary alterations would ultimately be cheaper than placing their parent in a long term care facility. 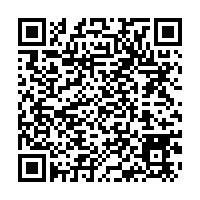