The worldwide diabetes epidemic and its related precursor, obesity, are the fastest growing public health menaces of the 21st century.

Diabetes mellitus is a chronic condition resulting from the body’s inability to properly control blood sugar (glucose). Normally, the body controls the glucose level with a hormone produced in the pancreas called insulin. Those who have diabetes have either lost the ability to produce enough insulin, or the cells in their body no longer respond properly to the insulin that is being produced.

Diabetes was well known to the ancients, but the current epidemic of Type 2 diabetes is a phenomenon of modern living. It is largely the result of eating an unhealthy diet combined with a sedentary lifestyle. As a result, diabetes is nearly four times as common today as all types of cancer combined, and it causes more deaths each year than breast and prostate cancer combined.

More than 25 million Americans already have diabetes, and more than double that number have blood sugar numbers high enough to classify them as suffering from pre-diabetes. That means that they are likely to develop the full blown Type 2 diabetes in the near future if they do not make the necessary changes in their diet and lifestyles to prevent it.

Type 1 and Type 2 diabetes have many of the same symptoms and potentially deadly consequences, but different causes. Type 1 diabetes is also known as “juvenile diabetes” because in most cases it appears in childhood, in contrast with Type 2, which used to occur only in adults, which is why it was formerly known as adult-onset diabetes.

Type 1 is an autoimmune disease, like Rheumatoid Arthritis and Lupus, in which something triggers the body’s own immune system to attack the insulin-producing beta cells in the part of the pancreas known as the islets of Langerhans.

Type 1 cannot be cured, but it can be effectively managed. Proper insulin therapy, combined with regular monitoring of blood sugar levels, can allow people with Type 1 diabetes to lead a normal and healthy life.

One of the most insidious aspects of Type 2 diabetes is that by the time people are diagnosed with it, they may have already developed a serious long term complication of the condition. Type 2 doubles the risk of cardiovascular disease, which ultimately kills 52% of people with diabetes. People diagnosed with Type 2 also have double the risk of suffering a stroke within 5 years. Almost one in three will eventually develop kidney disease, and diabetes is one of the leading causes of adult blindness.

Diabetes is also associated with circulation problems in the lower extremities. This can result in the slow healing or infection of wounds on the feet and legs. This is further complicated by the fact that high blood sugar due to diabetes can cause damage to the nerves that sense pain. This means that diabetes patients may not realize that they have a wound on their leg or foot until after it has become dangerously infected. This can ultimately lead to the need for amputation.

Type 2 diabetes is also a condition related to aging. Approximately 20% of the population over 60 have the condition, and an equal number have its precursor. It is no longer called “juvenile” diabetes because of the shocking relatively recent result of the obesity epidemic, the discovery of Type 2 diabetes, for the first time, in grossly overweight teenagers and young adults.

Type 2 is typically treated with oral medications such as metformin, and it, too, requires the monitoring of blood sugar levels. The good news is that pre-diabetes or mild cases of Type 2 can also be controlled through appropriate changes in diet and lifestyle and weight loss. These are more effective, but require a lot more work and discipline, than taking pills. In fact, there is evidence that Type 2 diabetes can actually be reversed, in at least some cases, with sufficiently aggressive and strictly observed diet and lifestyle changes and weight loss.

Women with gestational diabetes must be treated and closely monitored, because of the potential danger from the diabetes to the health of both the mother and the fetus. Gestational diabetes in the mother puts the baby at greater risk for high birth weight, cardiac and central nervous system problems, respiratory distress and skeletal muscle malformations. The damage done to blood vessels could impair the function of the placenta, causing fetal distress requiring early delivery through the induction of labor or cesarean section. 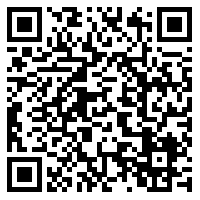