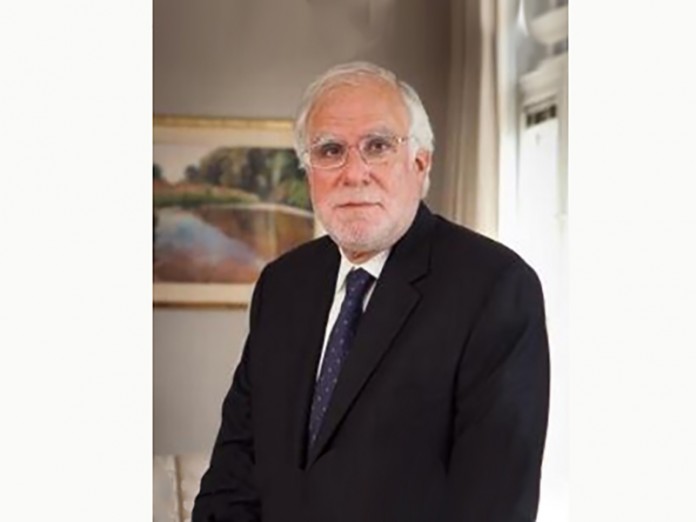 History seldom celebrates advisers to prominent leaders. The name Franklin Delano Roosevelt is recognized by most; Harry Hopkins by few. All know Winston Churchill, but who has heard of Brendan Bracken? Only Churchill’s biographers recognize Bracken as Churchill’s most trusted adviser.

Richard Stone’s sudden passing received respectful obituary notices from the noted international and American Jewish organizations to which he gave his name and many hours of his precious time. He was president of the Conference of Major American Jewish Organizations, a vice-president of the Orthodox Union, and president of the NCSEJ, the organization that represented the Jews of the former Soviet Union. But his most immense contribution to the welfare of Israel and the Jewish people was wise confidential counsel provided to luminaries who turned to him and implemented his sage recommendations.

Only masters of the Tanach text will recognize the name of the close adviser of King David whose personal guidance at a time of crisis alleviated a royal disaster. Chapters 15 and 16 of Samuel II tell of David’s despair over the rebellion of his son Absalom and the treachery of the king’s trusted counsel Achitophel. David encounters Chushai Ha-Archi, a man described as “rey-eh David” (David’s friend) whose advice and initiative save the day. Chushai is extolled by the Gemara in Sanhedrin (107a) which reports a lengthy intimate colloquy in which King David is privately scolded by Chushai for his conduct with Batsheva.

Richard Stone was the contemporary Chushai. He rubbed shoulders with notables but did not seek fame or recognition for himself. His name may not appear in the index of chronicles of Jewish life over the past half-century, but his influence as “rey-eh David” – the intimate of rulers – was felt and appreciated immediately.

Richard was an extraordinarily gifted intellect. He became a knowledgeable expert in the arcane field of federal tax law. As a young honors graduate of Harvard Law School, he was invited to become an assistant to Solicitor General Erwin Griswold and argued twelve cases in the Supreme Court of the United States over four years in the office. Griswold was a renowned expert in federal tax law who was succeeded by Robert Bork, an antitrust guru who had little interest in tax law. Richard took over the role of master of tax litigation of the United States. It is hard to exaggerate the importance of that position in tax enforcement. As a young assistant to the Solicitor General, I was awed by the respect and deference that the full federal army of tax lawyers showed to the SG’s tax specialist. Richard filled the role with phenomenal grace and wisdom.

He then began a professional life at Columbia Law School, where his class in the stiflingly drab subject became the most popular students’ paradise. He never took teaching tax seriously. It was simply a cover for his true interests – discovery of unique investment opportunities as a consultant to technology startups and meaningful involvement in steering the direction of the American Orthodox Jewish community.

He came from a distinguished Jewish Louisiana family with roots in New Orleans and in a town with the farcical name Bogalusa. His parents were High Ashkenazic Reform, but Richard demanded at the age of ten that they teach him Hebrew. With support from his non-observant family (including his father, who was the lead lawyer in New Orleans’ most prominent law firm), Richard drifted into Orthodoxy. As a Harvard undergraduate he was mentored by a cousin, Professor Harry A. Wolfson, and studied with Rabbi Isidore Twersky. He then took time to learn in Israel at Mercaz Harav Kook.

His love for learning was boundless. For one seven-and-a-half-year period, when he was shuttling around the world to woo foreign potentates, he undertook a Daf Yomi cycle which he proudly completed. On Amtrak rides he surrounded himself with seforim to study as the train rocked along.

I had the great good fortune to meet Richard when he came to Washington to practice with Covington & Burling, the premier DC law firm. Several college students interested in promoting freedom for Soviet Jewry and respect for Israel volunteered to spend summers in a cooperative effort (working out of my boutique law firm) that we grandly called the “National Center for Jewish Policy Studies.” It made headlines and stirred controversy with then-revolutionary ratings of Congressional Representatives and Senators on issues of Jewish concern. Richard accepted the role of mature adviser to the group (which included his future wife, Suzanne Last). My wife and I and the Stones became lifelong friends, even while separated by the Acela commute from Washington to New York.

In private conversation, Richard belittled the titles bestowed on him in the 1990s to gain entry to critical high-level deliberations that fashioned the responses of America’s Jewish community to contemporary crises. His goal was never the limelight; it was always searching for how best to benefit Jews – in America, Israel, or in the most remote world locations. His ingenuity and wisdom took him to the right-hand of Malcolm Hoenlein, who had become the foremost national and international spokesman for Jewish interests. Richard proudly but quietly accompanied Malcolm to meetings with royalty and with democratic heads of state. He became Malcolm’s constant colleague in developing goodwill and support for Jews everywhere.

Richard did not limit his efforts to whispering behind the curtains. He did open battle when battle was needed. As a member of the Conference of Presidents of Major Jewish Organizations, he successfully campaigned to deny the admission of J Street to the Conference in 2014. He was a staunch supporter of Bibi Netanyahu, who personally relished the annual introductions Richard gave when the Conference of Presidents had its annual meetings with Bibi (including just months before Richard’s passing, when Bibi was no longer prime minister but was leader of the opposition).

The phrase “Chaval al de-avdin ve-lo mishtakchin” usually signifies that the deceased is lost but will not be forgotten in the annals of history. Richard Stone is one whose loss is not the loss of history; it is the loss of immediacy. He is gone, but is not forgotten because none of us – neither the Malcolm Hoenleins nor those of us who are unaccustomed to royalty – can believe that he is no longer here. 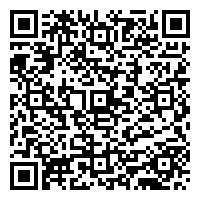