“I left Ethiopia when I was still a child and now I’m back as Israel’s ambassador! This is one of the most moving moments of my life,” Belaynesh Zevadia exclaimed with emotion.

Belaynesh Zevadia was born in Gondar, in a deserted African village in distant Ethiopia where Jews, believed to be one of the Ten Lost Tribes of Israel, lived for over a thousand years. Now they live in Israel!

I remember well when the first group of El Al flights from Ethiopia, called “Operation Moses,” arrived in Israel in 1984. I received first-hand information from a family member who, serving in the Israeli Air Force as a physician, accompanied the Jewish immigrants on the plane. He related how they had to create a single chain of men, women and children in order to help them board the plane that had no seats. They had to be removed in order to accommodate as many immigrants as possible, among them Belaynesh Zevadia.

He also told of one pregnant Ethiopian woman who gave birth mid-flight as all the immigrants exclaimed, “Born on the pathway to Jerusalem!” Jerusalem, a thousand-year-old dream.

Now 43, Belaynesh Zevadia immigrated to Israel as a barefoot teen, but the enormous transition from Ethiopia to living in technologically-advanced Israel did not stint her development. She grew, passed exams and entered the Hebrew University in Jerusalem, graduating with a BA in international relations. She went on to receive an MA degree in African studies, all in preparation for a diplomatic career.

In 1993, Belaynesh Zevadia began her diplomatic career at the Israel Ministry of Foreign Affairs Cadet Course and served in various positions around the world, including in Chicago, Illinois and Houston, Texas.

In the words of Foreign Minister Avigdor Lieberman: “The appointment is a message to the Israeli public, one that is currently fighting discrimination. In Israel, people are chosen based on their ability to serve the public, rather than their skin color or sex. I am convinced that she will represent Israel with respect.”

Nearly three decades later she has returned to her hometown, this time as the official Israeli envoy to the African country. 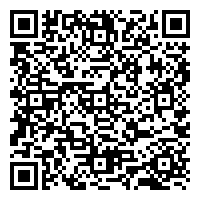