Notwithstanding the soaring outdoor temperatures signaling summer in full swing, the gradually shrinking daylight hours are a sober reminder that Elul is soon upon us. Actually, we bentch the new month of Elul on this coming Shabbos, Parshas Eikev, Rosh Chodesh falling on the following Shabbos Kodesh and Sunday Yom Rishon (September 3 and 4).

With the first of Elul we begin a 40-day period during which we strive to find favor in the eyes of our Father in heaven – an auspicious time in that it commemorates the arousal of divine mercy after Moshe Rabbeinu pleaded with Hashem on our behalf for forgiveness for the sin of the cheit ha’eigel.

To that end, we women enjoy special status every Rosh Chodesh as reward for having spurned the demands of our spouses to hand over our gold jewelry for the purpose of constructing the golden calf.

Deep contemplation, loyalty, ambition and intelligence define the traits of one born in Elul, the month symbolized by Virgo, a sign of purity. The letters of Elul are equal in numerical value to those of binah (understanding), considered to be a feminine characteristic. Elul is the acronym for ani l’dodi v’dodi li (I am for my beloved and my beloved is for me), bespeaking our desire to come close to our soulmate – our Creator.

The holy letter associated with Elul is the yud, the first letter of Hashem’s name and the point that begins the formation of every Hebrew letter. The body part representative of the month is the left arm, which is close to the heart.

Gad is the shevet linked to Elul, the tribe that chose its territory outside of the camp of Israel so as to be close to where Moshe was interred. This is indicative of our desire to be close to the “King in the field.”

Prominent among the many tzaddikim whose yahrtzeits are observed during Elul is Rav Yekusiel Yehudah Teitelbaum, the Yetev Lev, son of Reb Elazar Nissan (the only son of the Yismach Moshe) and grandfather of the Satmar Rebbe, Rav Yoel, the son of Kedushas Yom-Tov (one of four sons of the Yetev Lev). As a mere child of seven, R’ Yekusiel Yehudah (Zalman Leib in Yiddish) was already learning in concert with his father and grandfather, the Yismach Moshe.

The Yetev Lev married the daughter of the tzaddik R’ Moshe Ashkenazi of Toltchwa who at the age of 70 migrated to the Holy Land to become rav of Tzfas. At the age of 25 the Yetev Lev was appointed rav of Stropkov. With the petirah of the Yismach Moshe eight years later, he left his post in Stropkov at the behest of his father who asked him to assume his grandfather’s position as rav of Ujhel in Hungary.

Eventually he became rav of Sighet, in which capacity he served for the rest of his years. An incredible incident came to light at the levaya of the Yetev Lev, recounted by Reb Moshe Aryeh Freund, who had been the Rosh Hakehal of Sighet.

A man once came to the Yetev Lev and asked R’ Moshe Aryeh to fill out a kvittel for him as he had urgent need to speak with the Rebbe. But as soon as he was escorted into the Rebbe’s chamber, he collapsed as if from heat exhaustion. Curiously, he was revived for just long enough to repeat his performance. After finally regaining his composure, he asked for privacy and spent a while with the Yetev Lev behind closed doors.

When he emerged, he inquired about transit to the bus station and went on his way. Eager to know the reason for his initial reaction, R’ Moshe Aryeh hastened to catch up to the stranger. Only after R’ Moshe Aryeh’s persistence did the man agree to share his story, on condition that it would not travel further…

This man’s father had been a wealthy merchant and an upstanding Jew who adhered strictly to Torah and mitzvos and religiously closed his shop no later than noon each Friday.

As he was getting on in years, the father handed him the reins of the business – with one caveat: the son was to carry on in the manner of his father, as well as close the business by noon each Friday in order to properly prepare for Shabbos.

The son readily accepted his father’s terms and held fast to them over many years, even after his father had passed on to the World of Truth. One day, an immensely profitable deal was on the table. Merchant and client met to work out all the pertinent details, the meeting taking place on a Friday and lasting well into the afternoon hours.

That night he was startled to see his father’s face in a dream. His heart palpitated as his father addressed him sternly and asked him to make an appearance at the Bais Din shel Maalah for defying their agreement.

The son soon felt himself being dragged by his father to the upper spheres where all at once thousands of malachim called for quiet to hear the kiddush of the tzaddik of the generation, the Yetev Lev.

Following this interval, his father wasted little time in stating his grievance, insisting that his son not be allowed to go back down due to his negligence in keeping his word.

The malachim created by the man’s many good deeds argued that this was but a minor infraction that did not constitute the desecration of Shabbos. It was finally decided that the rav of Sighet, would be consulted for a psak din. The Rav’s ruling was that the man be forgiven this time around but should take upon himself to avoid such incidents in the future.

After this fascinating experience, the man, who had never even heard of the Sigheter Rav, was determined to locate a descendant of his to express appreciation for the tzaddik‘s kindness to him. When he finally reached the city of Sighet and arrived at the Rebbe’s residence, he was shocked to come face to face with the tzaddik in his dream.

As Reb Moshe Aryeh concluded the story, he stated that while he was plenty familiar with the strengths and holiness of the Rebbe, this was the first time he’d been made privy to the holy Rebbe’s leverage in the upper world.

He’d kept his word and guarded the secret for many years… until one Friday night when someone with a debilitating condition came to the Rebbe for a blessing. The Yetev Lev looked pained but was verbally unresponsive, prompting Reb Moshe Aryeh to blurt out, “How is it that you can come to the aid of a person in need at the other end of the world with a psak din in the Heavenly Court yet hesitate to help one from nearby?”

The Yetev Lev turned to Reb Moshe Aryeh and asked him to never repeat this story for the duration of the Rebbe’s lifetime. Now that they were escorting the Yetev Lev’s holy remains to its resting place, Reb Moshe Aryeh Freund felt it to be the right time to let the mourners know of how great their loss was.

The Yetev Lev, famed for his devotion to his thousands of talmidim and chassidim, his ahavas Yisroel and his heavenly influence (poel yeshuos), left this world on the sixth day of Elul, on a Shabbos eve in the midst of the tefilah “Hashkiveinu” – as he mouthed the words “uvetzeil kenafecha tastireinu – and shelter us in the shadow of Your wings.”

The King is in the Field 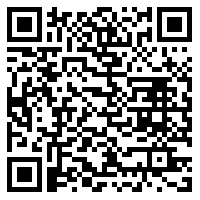