Ten years ago, Dr. Eilat Mazar, an Israeli archaeologist specializing in Jerusalem and Phoenician archaeology, announced she had discovered what might have been the palace of the biblical King David, who ruled from around 1005 to 965 BCE.

The discovery consisted of a public building dating from the 10th century BCE, pottery from the same period and a bulla, or government seal of Jehucal, son of Shelemiah, an official mentioned at least twice in the Book of Jeremiah.

Amihai Mazar, a professor of archaeology at Hebrew University, called the find “something of a miracle.”

Eilat and Amihai Mazar are the heirs of an amazing Jewish archeological-historical heritage. They are the grandchildren of Benjamin Mazar, a prominent historian and archeologist who pioneered a synthesis of biblical research with historical geography, providing added legitimacy to the establishment of the modern State of Israel. Since his death in 1995, the Institute of Archaeology of the Hebrew University nominated Dr. Eilat Mazar to oversee the publication of the large amount of finds from his Temple Mount excavations which took place from 1968 to 1978.

Dr. Eilat Mazar is also the head of the Shalem Center’s Institute of Archaeology and is affiliated with the Hebrew University of Jerusalem. “I work with the Bible in one hand and the tools of excavation in the other,” she says. “The Bible is the most important historical source for my work since it contains a genuine historical account of the past.”

Eilat participated in archaeological digs from a young age alongside her prominent grandfather. “One of the many things I learned from my grandfather was how to relate to the biblical text: Pore over it again and again, for it contains within it descriptions of genuine historical reality,” she recalls fondly.

“Yair Shoham, who published the bulla from Shiloh’s excavation,” she continues, “was not only an archaeologist and epigraphist, but also my husband and the father of our three sons. He passed away in 1997. One of the things he left us was an onomasticon of the names on the bulla he had published. I showed our children how I used Yair’s table of letters to study and date the bulla we found in our excavation. The form of the letters on the bulla from Shiloh’s excavation were the same as on our bulla. And Shiloh’s bulla was very solidly dated to the end of the First Temple Period, so we are confident in dating our bulla to the same time. It was a wonderful family experience.”

A family of biblical archeologists. 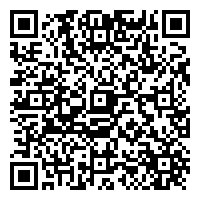