Sinai terrorists — already engaged in battle with Egypt — expanded their range of attack on Friday to include southern Israel. At least one, possibly two rockets were launched in the direction of the Eshkol Regional Council district at about 4:30 pm local time.

The rocket fire followed two intense days of clashes between Da’esh (ISIS)-linked “Sinai Province” terrorists and top Egyptian security personnel from the army and police. The Gaza-based Hamas terror organization, spawned originally by the outlawed Egyptian Muslim Brotherhood, was also found to have been helping Sinai Province in their battle, according to the IDF.


The jihadists ambushed the Egyptian forces in 15 separate locations on Wednesday using advanced weaponry, much of which appeared to have been produced by Russia. An Egyptian government spokesperson said more than 100 terrorists were killed in the battle, which continued into Thursday.

The IDF went to high alert along the southern border in the wake of the clashes. Highway 12, which traverses the southern Negev to Eilat, was officially closed to civilian traffic at 5 am Friday until further notice. “The highway was closed temporarily in line with the situation assessments, out of security considerations and the obligation to protect the citizens of Israel,” and IDF spokesperson said on Friday.

Israeli officials confirmed that one of the rockets fired on Friday landed in an open area in the district close to what was the Israeli-Egyptian border. IDF officials believe the rocket was fired from the Sinai Peninsula due to its proximity to the border.

Residents of Jewish communities near the Israel-Egypt border had a window of barely 15 seconds in which to race for shelter, courtesy of the Code Red rocket alert siren. The residents are maintaining their awareness for the duration, knowing they may once again need to make a run for their safe spaces over the Sabbath at any time. 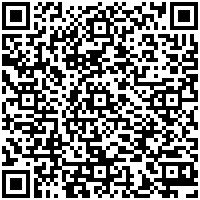