“I think the Holocaust is possible again. I didn’t think so before I came to the United Nations, but I think so now.”

“Diplomacy regarding the Arab-Israeli conflict at the U.N. has nothing to do with peace, but is quite simply a continuation of war against Israel by other means.”


Do we remember who uttered these famous words? What does the name Jeane Kirkpatrick mean to us?

United States Ambassador Jeane Kirkpatrick was the most dedicated champion of Israel to serve in the U.N. From the moment she was appointed in 1981 by then-President Ronald Reagan as America’s permanent representative, her chief objective became to fight against “the obsessive vilification of Israel” at the U.N. She found that hatred of Israel affected all aspects of U.N. operations. She was appalled by the blatant effort to turn the narrative of the Holocaust against Israel through the rebranding of the Palestinians as “the victimized Jews” and the Israelis as “Nazis.” She pointed out that “by claiming that Israel was guilty of genocide, any attack against the state and the people of Israel was justified,” including terrorism. Ambassador Kirkpatrick believed that “to defend Israel was to defend America and western civilization itself.”

What made Jeane Kirkpartick tick? What was the source of her brilliant assessment of the U.N. and her remarkable championship of Israel?

Born Jeane Duane Jordan in Oklahoma on the 19th day of November in 1926, she was the daughter of an unsuccessful oil prospector. In spite of the family’s strained circumstances, Jean’s quick intelligence advanced her steadily. By the age of twenty-four she had acquired an MA in political science from Columbia University and joined the State Department as an intelligence research analyst, then opted for a postgraduate fellowship at the Institut de Science Politique in Paris.

She returned from Europe to continue her research work in Washington and, in 1955, married a fellow academic, Evron Maurice Kirkpatrick, a highly respected scholar.

In 1985, Ambassador Kirkpatrick returned to teaching at Georgetown University. She also became a fellow at the American Enterprise Institute, a Washington D.C. think tank, and a contributor to the American Freedom Journal. In 1993, she co-founded Empower America, a public-policy organization. She was also on the advisory board of the National Association of Scholars, a group that works against what it regards as a liberal bias in academia, with its emphasis on multicultural education and affirmative action. Dr. Kirkpatrick also wrote a nationally syndicated column that appeared in The Jewish Press for many years.

The heroine of the book died on December 7th, 2006. She was survived by three sons, John E. of Miami; Stuart A. of Ann Arbor, Michigan and Douglas J. of Bethesda; two daughters, Mary E. Evans of Austin, Texas and Anna of Aix-en-Provence, France and six grandchildren.

Anti-Defamation League President Abraham Foxman issued a press release upon her death saying “She will be fondly remembered for her unwavering and valiant support of the State of Israel and her unequivocal opposition to anti-Semitism, especially during her tenure at the United Nations. She was always a true friend of the Jewish people.” 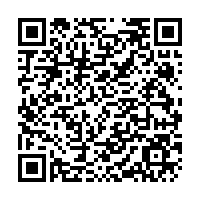