Our sages teach us, “Great is charity and great is its reward. He who gives charity to the poor, his prayers will be answered midda keneged midda. He heard the cries of the poor, so G-d will hear his prayers when he cries.”

The Midrash tells the story of a pious person who gave a lot of charity. His name was blessed by every poor person in the country. However, the wheels of fortune turned, and this pious man lost all of his riches and became very poor.


One day his wife said to him, “We have eaten the last morsel of bread. What will we feed our children tonight?”

The man looked at her with a pitiful expression. “My dear wife,” he said, “We have no money. I do not know what we can do!”

His wife had a beautiful head of hair – her crowning glory. In desperation, she cut off her hair, sold it, and purchased a measure of fine flour with the money. With this flour she baked a large challah.

Placing it on the table, she asked her husband to watch it while she went to pick up their children from school.

While she was gone, a poor man knocked on the door and begged for some food. “Please give me something to eat,” he cried. “My wife and children are starving. We haven’t eaten for three days, and they are too weak to walk out of the house.”

The pious man didn’t hesitate a moment. He took the challah and gave it to the starving man, who began to cry from happiness.

After he departed, the man began to worry how his wife would react when she heard that he gave away their last piece of bread. He went to shul and began to daven and cry until he fell into a deep and exhausted sleep.

While he slept, he dreamed of Eliyahu HaNavi, who was trying to awaken him from his sleep.

“Wake up, my good man,” he was saying, “G-d has heard your prayers. He will reward you with interest for the challah you gave away. Accept this payment without fear, for the principle of the deed is very great, and it will be saved for you in the World to Come.”

He awoke with a start and left the shul. At the door he found a bag containing 1,000 gold coins, with no identification. Happily, he took it home and, after buying food for his family, he invested the remainder wisely and he once again became wealthy.

Thus it says, “The good deeds of a man will reward him in this world and will pave a pathway for him in the next world.”

There was once a tzaddik who was married to a very pious woman who gave every kopek she earned to the poor. They themselves lived a poor life and the wife washed other people’s laundry to get by.

Her husband was a brilliant man, well-versed in the sciences and astrology. He was able to foretell coming events. One day he read in the stars that his wife would fall off the roof and be killed. He dreaded the coming of that day and he worried continuously while he kept the secret to himself.

On the fateful day, he begged her not to go outside of the house. “I’ll collect your wash today, just promise me you will not go out of he house.”

Seeing how anxious her husband was, she agreed. Before he left, her husband gave her a loaf of bread and a container of cheese so she wouldn’t have to go to the store to purchase food. 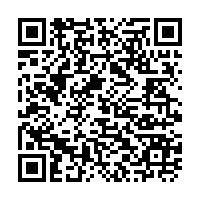