For many years Krakow was the home of one of the most important Jewish communities in Europe. In mid-fourteenth century, when massacres of Jews brought on by the Black Death epidemic (1348-49) were raging throughout Europe, the Kingdom of Poland was a haven of security and prosperity for those Jews who were fortunate enough to reach it. These latest outrages, primarily occurring in German lands, were prompted by rumors that the Jews caused the epidemic by poisoning the wells. A large number of German Jews sought shelter in Poland where King Kazimierz (Casimir the Great, 1333-1370) welcomed them. The Polish king appreciated the Jews for their useful industrial activity and for the advantages he realized the Polish economy would derive from Jewish capitalists.

In order to help them flourish, he not only ratified the charter his predecessor, Boleslav, had granted to the Jews of Poland, he extended it, adding numerous new enactments in 1344 for the Jews’ benefit. Jews were granted the right of free transit through the whole country, to reside in cities, towns and villages, renting and mortgage the estates of the nobility and lend money at a fixed rate of interest.


What prompted the benevolent attitude of this Polish king towards the Jews? Polish history and popular legend credits a beautiful Jewish girl named Esther, or Esterka, with the turn of Jewish fortunes in Poland. According to the legend, the king, infatuated with Esterka, the daughter of a poor Jewish tailor in Krakow, installed her in the royal palace of Lobzovo near Krakow.

Esterka bore two sons and two daughters to the king. The sons’ names, according to Jewish historian S. M. Dubnow (History of the Jews in Russia and Poland, vol. I, pp. 53-54), were Kamenecz and Pelka. Brought up as Christians, they became the heads of prominent Polish noble familes.

The names of Esterka’s daughters are not recorded. Dubnow relates that they were brought up as Jews – in the religion of their mother – and shared their mother’s tragic fate.

After Casimir’s death, Louis of Hungary became the king of Poland. During his reign, riots broke out against the Jews. They were especially violent in Krakow. The rioters broke into Esterka’s palace in Lobzovo and murdered her and her two daughters.

I visited Cracow and the old Jewish neighborhood, still called the “Kazimierz Quarter,” five years ago. Having lived through the great catastrophe of our people, I was returning to Auschwitz and Plaszow fifty-five years later with a group of yeshiva-educated youth in search of a deeper understanding.

For me, the visit to Krakow and the Kazimierz Quarter became a living mental monument. The image of Esterka came to life at several sites that bear her name and preserve the memory of the Jewish woman who may have initiated the “Golden Age” of Polish Jewry. 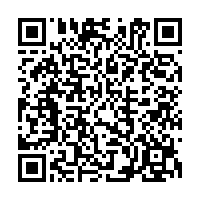