Olam Yehudi recently asked five rabbis to answer (in 100-300 words) what we believe to be a highly important, but hardly-ever-discussed, question: “Some of the most famous and important works of literature contain passages and themes that are immodest in nature.  May a G-d-fearing Jew read these works for the good they contain, or must he forgo reading them entirely?” Their replies follow:


The ideal would be to forego reading these pieces of literature as it is important to keep one’s thoughts free of impurity, such as immodesty. The Rambam writes (Hilchos De’os 6:1) that one’s surroundings greatly impact a person, and when someone reads a piece of quality literature, he generally becomes engrossed and is no less prone to being influenced by it than he is by his surroundings.

Regarding the technical permissibility of reading literature with immodest content, there are two considerations:

Firstly, the Shulchan Aruch (Even HaEzer 23) proscribes sensually arousing oneself, even by thought. If the literature under discussion is likely to bring about this result, it needs to be avoided. However, if the immodest content is of a very general nature such that it would not cause sensual arousal, it would not fall under this prohibition.

As every person is different, this matter may go according to the individual. Some people might be sensually aroused by nearly anything romantic, while others are less sensitive. The permissibility of reading literature with such content would thus in some cases depend on the particular reader’s sensitivity to the material.

There is, however, a second level to this discussion. There are numerous exhortations by Chazal against nivul peh (inappropriate speech), such as those in Shabbos 33a and Yerushalmi, Terumos 1:4. Nivul peh does not just refer to foul language; it also refers to discussion of physical intimacy. The Gemara (Shabbos ibid.) states that nivul peh may not be listened to, even without uttering a word.

Hence, if immodest scenes in literature contain actual discussion of physical intimacy, reading such scenes would be included in the exhortation against nivul peh, as reading literary selections about physical intimacy is little different than listening to discussion about the topic.

The 19th century English writer Matthew Arnold described culture as the pursuit “of the best which has been thought and said in the world.” Classic works of literature reflect humanity’s ongoing search for truth and beauty. All human beings – including Jews – can draw on this vast repository of wisdom in order to deepen and enhance our lives.

Maimonides, in the introduction to his commentary on Pirkei Avot, indicates that he learned from the teachings of many sages, Jewish and non-Jewish, “as one should accept the truth from whatever source it proceeds.” He believed that critical readers could study religiously problematic texts and separate between the wheat and the chaff.

When it comes to literature, we are discussing great works that have proven their worth over the centuries and modern literature that is generally deemed to be of the first rank (yes, there will be differences of opinion as to which works are first rate, and which are not). One should not waste time on second-rate literature, especially if it includes inappropriate passages.

Works with immodest themes should be read only when readers have reached a proper level of intellectual maturity. This applies not only to general literature, but also to Tanach, which contains passages that relate to such things as adultery, incest, and rape.

As we study “the best which has been thought and said in the world,” we not only can become better and wiser human beings; we can also become more appreciative of the wisdom and beauty of our Torah way of life.

— Rabbi Marc Angel, director of the Institute for Jewish Ideas and Ideals

Imagine a food that tasted sublime, permitted one to experience the zenith of culinary pleasures, strengthened one’s physical body, and, at the same time, aroused one’s mind to clarity – yet was not kosher. Would the same question arise as to the permissibility of one’s eating it?

The Torah prohibits musing about things heretical or looking at immodest images or thinking about them. “Lo sasuru acharei levavchem v’acharei eineichem.” Would immodest works of art lauded by culture be excluded from this prohibition? Obviously not.

The Torah also prohibits conjuring up or thinking immoral thoughts, which are perhaps more serious than actual physical sins. “Hirheurei aveirah kashe mei’aveirah.” The Kuzari says that ideally on Yom Kippur one should purge his mind from the prohibited sights and sounds he integrated during his youth. But if this is impossible, at least repent from sins of deed.

Hence, if it is possible to isolate and censor the parts of this literature that are prohibited, perhaps the remainder would be permitted. However, this is highly doubtful. And if these works are peppered with immodest passages, then one should understand that despite the apparent benefits reading this literature could have culturally and artistically, the detriment to one’s soul and to one’s eternity outweigh them, and therefore the Torah prohibited them.

One might imagine this question to be relevant only for those who partake of general culture. However, that is not the case. Even the most isolated Jew leaves the walls of home and Beis Medrash to buy clothes, shop for food, visit relatives, perform bikkur cholim, or even just to travel to and from rebbes and rosh yeshivas. It seems we do this when and if we feel the needs of normal life or life’s improvement overrides the fear of (possibly) indulging untoward musings.

In fact, there are many passages in Tanach and particularly Chazal which discuss sensitive subjects with great explicitness. Yes, there are those who omit the first bletter of Kesubos when teaching bachurim, but most don’t, and all learn them eventually, iy”H. Is there a fear of momentarily dwelling on these passages improperly? Our inclination is to say “no.” Torah protects us, we assume, and it surely does. But there are times when, even here, the yetzer hara has been known to be stronger. Yet, we continue to study these passages because the greater good of Torah yediah overrides any misgivings.

Similarly, there are those who believe, following the schools of Torah im Derech Eretz, Torah Umadda, and similar formulations, that there is something to be gained by the absorption of general knowledge and culture. They do not omit reproduction from biology or passing references to intimate matters in literary or visual arts. (Please note that prior to the breakdown of social norms in the West in the late 1960s these references and scenes were generally opaque and crafted so as not to raise prurient interest.)

In sum, the matter is never to be taken lightly. The staunch machmirim certainly have credible positions. Casual immersion in post-1960s cultural forms is fraught with danger (perhaps, on a deeper level, more due to the alternative value system than improper scenes). But depending on one’s intentions (that is, one’s focus on the Mesilas Yesharim’s exhortation to prepare one’s soul for the next world with every deed one performs), all of us may and do exercise, with much caution, prudential use of lenient formulations.

I don’t believe there is a definitive answer to this question, although it is certainly easier just to say “no.” Much depends on motivation, purpose, context, source, and especially the precise nature of the immorality, of which, of course, there are gradations.

Perhaps the most important determinant is the message being delivered. Ancient and medieval works generally frowned on immorality and, as such, reinforce a Torah message, while more modern and contemporary works often celebrate immorality. Usually no good comes from the latter, and prolonged exposure to values that are antithetical to Torah will eventually dilute the reader’s moral perspective and later his or her practice and commitment as well.

It’s important to note that Chazal (recorded in Shulchan Aruch, Orach Chayim 307:16) banned the reading of “divrei cheshek” – loosely, books of romance – as a waste of time that could be spent on more godly pursuits and as a tool that could only increase illicit temptation. Books that would not be so defined, but do contain problematic passages, must therefore have some redeeming value. Their prurient aspects must be incidental to their primary message for them to be considered appropriate and worthwhile.

Fiction generally, Rav Kook wrote, affords us the opportunity to see the world through the eyes of another person’s experiences and thus can broaden our horizons. But not every lifestyle or experience deserves to be investigated, studied, or fantasized about and certainly not emulated. So caution must be applied.

That said, there is one book that exposes the vices and venality that can permeate human nature and is unsparing in its accounts of our failings. It is superior to any work of fiction. That book is the Tanach. And we can rest assured that its moral guidance is always spot on. Anyone who wants to learn about our potential for degradation as well great virtue is urged to study it. 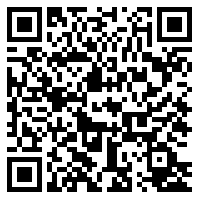