Last December Yonathan Blank, a young yeshiva student from Efrat, appeared on the Israeli live television program, Rising Star. Theshow is an interactive singing competition,where aspiring artists perform before a panel of six judges and a studio audience. The show is broadcast live to the viewing public who are able to vote for their favorite performances via a designated application during the song. The winner of the season will represent Israel in the Eurovision Song Contest in 2015.

Unexpectedly, the show opened with an unfortunate incident, which revealed painful attitudes on the part of some members of Israeli society. A yeshiva student as one of the contestants is in itself unusual; his being from Efrat, a settlement in Gush Etzion, “the occupied territories” rendered him, for some, less than desirable.


This was especially true of one of the judges, Israeli superstar Mookie, who loudly harassed Yonathan for saying that he would not join girls on stage. This led to a shouting match between the judges and what could have been the end of the show.

At this point a loud, commanding voice cut through the thunder and prompted a sudden lull: “Will you please stop this and let my son perform his song?! The child is ready to sing the song he prepared, will you listen to him?” It was Sharona Blank the Mother. In shocked silence, they looked at her with awe and even Mookie, the chief adversary, bowed his head and invited Yonathan to begin. The audience burst into thunderous applause.

The charm and power of the young singer’s voice did the rest. The audience decided the outcome, the non-stop cheering and applause drowned out even the final tones of opposition, and Yonathan Blank bowed to the crowd’s ovation.

The judges paid tribute to Sharona the Mother: “You revealed the true nature of Jewish motherhood. You fought like a lioness for your son. Long live Jewish motherhood!” Sharona responded with a shy smile. “All credit belongs to my son,” she whispered. Sharona and Yonathan won more than a song contest. They won a victory for Gush Etzion and over secular prejudice against the world of the yeshiva by exposing its true values.

Sharona Blank was born and raised in Fall River, Mass., the daughter of Rabbi Norbert Weinberg. She attended school in Providence, R. I., later Stern College and Wurzweiler School of Social Work in N.Y, and Michlalah in Jerusalem.

In 1991 Sharona Weinberg married Ben Zion Blank, and a year later became a mother with the birth of Daniel, the first of her six handsome sons, followed by Aryeh in 1993.

In 1995 the Blank family made aliyah so that the next four sons were the products of the Holy Land, beginning with Yonatan in 1996, Zvi in 2000, Hillel in 2002 and, with mathematical precision, Binyamin in 2004.

Sharona Blank’s professional accomplishments as Director of the Child Development Center of Gush Etzion, and in her lifelong commitment to Special Needs Children are of great significance. However, as a role model of Jewish motherhood, she has made an impact on Jewish history. 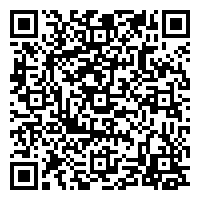