Israel’s Economy Minister and head of the Bayit Yehudi (Jewish Home) party Naftali Bennett appeared on Fox News on Sunday. Bennet explained why Israeli Prime Minister Binyamin Netanyahu should and must speak before Congress about the lethal and global threat posed by a nuclear Iran.

Bennett rejected the idea that the letter sent by Iran’s Supreme Leader is anything more than “standard Iranian delay and deceit tactics.” He said that Iran’s very clear goal is to achieve a nuclear weapon and it is “playing around” with the West, as it has been doing for the past decade.

“A decade ago Iran was not allowed even one centrifuge,” but with the current deal “they will be permitted to have 6 – 7,000 centrifuges spinning,” Bennett warned.

In response to the interviewer’s query about what kind of deal should the world be seeking from Iran, Bennett said “Iran must dismantle its nuclear weapons program.”

On his Facebook page Bennet wrote this about his Fox News appearance: “We won’t apologize for fighting for our existence.”

History is Wrong, and I’m Right! (or am I?)- Political Hitman [audio] 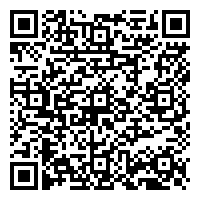