Nitsana Darshan-Leitner has been depicted as a “dynamic Israeli lawyer,” a “Jewish activist,” a “fighter for human rights,” a “petite brunette with striking dark eyes radiating commitment to ideals,” an “attractive television personality” and a “mother devoted to her six children.”

Which of these is she? All of the above and more.


Nitsana Darshan-Leitner is a lawyer, an activist, a loyal wife and a loving mother of six, among them a set of triplets! She is the founder and director of a powerful Law Center, which sues terrorist organizations in civilian courts. While she is indeed a pretty petite brunette, she is the nemesis of terrorists, banks, organizations and states that sponsor or support terrorism.

Born in Petach Tikvah, Nitsana Darshan earned her law degree at the Bar-Ilan University Law Faculty and later, an MBA from Manchester University in the U.K. As a law student at Bar-Ilan in the mid-1990s, she had a chance to argue a case before the Supreme Court. The petition she filed was on behalf of the victims of the 1985 Achille Lauro hijacking and was a move to prevent the hijacker, Muhammad (Abu) Abbas, from entering Israel.

Although the petition was rejected, the lesson Nitsana derived from the case as a human-rights activist and a litigator inspired her to eventually establish the Israel Law Center called, Shurat Hadin to help victims of terrorism.

Ms Darshan-Leitner’s Shurat Hadin followed the example of the American Southern Poverty Law Center to “go after terrorists in the same way that they were going after racists.” Just as they were dedicated to bankrupting the KKK and other neo-Nazis groups in the US, Shurat HaDin has aimed to economically destroy the hate groups in the Middle East.

Ms Darshan-Leitner began to study the American legal system. Once fully informed, Litigator Leitner initiated the suits by approaching victims in Israel who had been unaware that they had legal rights.

Shurat HaDin focuses on providing legal services and representation to victims of terrorist attacks, torture victims, the victims of anti-Semitic violence and those being illegally persecuted by totalitarian regimes. Its staff is maded up of young, maverick Israeli attorneys and represents hundreds of terror victims in lawsuits against Hamas, the Palestinian Authority, Iran, Syria, Islamic Jihad and numerous financial institutions. They have litigated in the Israeli, American, Canadian and European courts.

Nitsana Darshan’s activities have accomplished much more than we realize. May she continue to destroy our enemies, or at least weaken them, so they will be unable to harm us. 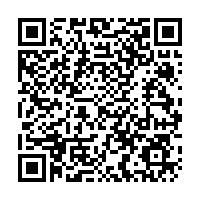