I’m only going to write this post once, so pay attention.


I use the word “Palestinian” a lot. It refers to those Arabs who call themselves that. It does not refer to Jews, who do not live in Palestine, because Palestine ceased to exist with the end of the British Mandate, and despite the wishes of the Arabs, there is no such place today.

Every so often somebody criticizes me for using the word, and thus granting the Palestinians an identity. So I decided to explain what I mean by it.

It does not imply that the Palestinians are a people that have existed for millennia, as idiots like Saeb Erekat like to say. The truth is that the Palestinians are Arabs with multiple origins who at some time came to live in the land that we call Eretz Yisrael. Maybe some of them say they can trace their origins back to the Arab conquest in the 7th century, but I doubt it. Most of them are descended from migrants that came in the latter part of the 19th and beginning of the 20th century.

But whenever their ancestors arrived, they are here now; and yes, they are a people now.

I hear the roar of outrage. But as I said, pay attention. They are not an ancient people with their own language, culture, and religion (unless their hatred and sense of victimhood counts as a religion), like the Jewish people. Their self-identification as a people goes back perhaps to the mid-1960s, when they were encouraged by the Arab nations and their Soviet mentors to think of themselves as such. They shared one fundamental experience and one aspiration for the future: the experience of dispossession and dishonor, and the aspiration to regain what they believe was taken from them.

I am not doing them a special favor by granting them peoplehood. I am simply recognizing a fact. They behave like Amalek, but we don’t insist that the Amalekites weren’t a “real people.”

The Palestinians became a people when they accepted the Palestinian narrative, just as the Jewish people accepted the Torah at Sinai. Who knows, maybe in another thousand years they will have their own language and religion. They already have a whole collection of holidays marking days on which something bad happened to them. Nakba Day can be their Tisha B’Av.

They have a culture that is unique among Arabs. It is all about their historic sense of injustice, their alcoholic-like obsessive certainty that all of their misfortunes are somebody else’s (usually our) fault, and their endless creative pursuit of strategies, tactics, and weapons that they hope will finally bring them to their judenrein promised land.

Look what they have contributed to the world: they popularized airline hijacking, suicide bombing, attacks on children, “popular resistance” in which every Palestinian is a possible stabber or car rammer, the Qassam rocket, the terror tunnel, and now the flaming kite. That is Palestinian culture, and they are proud of it, all of it.

Most importantly, although they are an indigenous culture – the Palestinian narrative was created here, in Eretz Yisrael – they cannot be compared to the oldest extant culture that is tied to this land, the one people that practically is the paradigm case for understanding what a “people” is, the one truly native culture that possesses aboriginal rights to the land, the Jewish people.

You can’t understand something if you can’t name it, and you can’t fight what you don’t understand. So I’ll continue to use the word “Palestinian,” even if the right-wing version of political correctness forbids it. 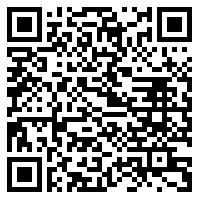