Would you believe that she is all of the above – and more?


Her amazing life began in St. Petersburg, Russia, in 1975, when she was born into a Christian family. In St. Petersburg, after winning a beauty contest, Anastasia participated in a local version of the “Top Model” television show, and landed a position in Paris, France.

Back in Russia, Anastasia met and married Yossi Samuelson, a Latvian-born Israeli Jew 10 years her senior, and converted to Judaism when Samuelson was employed in Moscow by Tadiran, an Israeli electrical supplier. Before leaving for Israel, Anastasia earned a Master’s degree in electronics engineering from the University of St. Petersburg.

In Israel, after the birth of her second son, Anastasia underwent an Orthodox Jewish conversion, culminating with the couple’s re-marriage, this time according to strictly religious rites.

Anastasia continued her studies in Israel and earned a business administration certificate from Bar Ilan University.

In 2005, Ms. Samuelson entered politics. By 2006 she was running for the Knesset, the Israeli parliament, joining Yisrael Beitenu, “Israel Is Our Home” Party. Winning a Knesset seat, MK Anatasia Michaeli has made history by becoming the first incumbent Knesset Member to give birth, bearing her eighth child, and fifth son, shortly after assuming office. Anastasia and Yosef’s seven other children are: David, Rami, Yehonatan, Racheli, Tali, Eli and Michal. Anastasia confided that she would consult with her rabbi before choosing a name for her youngest child.

When asked the sex of her soon-to-be-born eighth child, Anastasia Michaeli Samuelson patted her belly and said with a proud smile: “Another soldier!”

The glamorous 34-year-old Knesset member was not being flippant, nor is she daunted by the domestic burdens a large family implies. “God gave women powers,” she declares. “My home runs like a well-oiled machine. My children are taught the meaning of responsibility.”

“Yehonatan, David and Rami run the household – they wash the floor and do the shopping. Eli, who is three and a half, folds his pants by himself. I fold them after him, but let him get used to it, let them learn the value of money. We are modest people who know how save money.”

She has a kosher home, she says, is careful not to mix meat and milk, and has enrolled her brood in state religious schools. Her office is seeking funding for the yeshiva of a rabbi in her hometown of Rishon Letzion.

As if to buttress her claim to super womanhood, a framed cover of the January issue of La’Isha, a popular Israeli women’s magazine, looks down from a wall above her swivel chair and desk in her Knesset office, showing her cheerful, impeccably dressed brood, with Mom Anastasia, svelte and radiant, beaming in front of them. 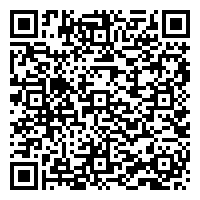