Home Jewess Press Impact Of Women On Jewish History/Prof. L. Jackson Theresa Lato’s Legacy
Share on Facebook
Tweet on Twitter
“My mother will be buried at the Yarkon Cemetary, Geula Hall, on Wednesday, March 17, at 11:30.”
The terse message from Eli Lato delivered a stunning, unexpected blow. Does “will be buried,” mean that Theresa Lato is no more? Is Theresa Lato, the frail, soft-spoken lady who was like a one-woman armada fighting simultaneously on multiple fronts -silenced forever?
Slowly, achingly the knowledge seeped into my consciousness: Theresa Lato, the gentle lady with a passionate commitment to Israel will be interred in the soil of the land she deeply loved.
My sense of loss grew as the car approached the Yarkon Cemetery near Petah Tikva, in central Israel for the funeral. Theresa’s words reverberated within me as I drove past silvery gravestones in the sprawling burial ground:
“I do everything in my power to ensure the survival of a sustainable Israel, and a sustainable planet,” I had heard her say with steely determination.
“By pressuring Israel to give up land the U.S. deprives Israel of its sovereignty,” she had explained.”Surrender of land is irreversible. Loss of habitat is the chief cause of extinction,” she had warned. “For nearly two thousand years during the Diaspora Jews were subject to outrageous abuse, torture and annihilation. With no land of their own, they were defenseless. In 1929, before Israel became a state, Arabs massacred Jews in Hebron, the founding city of Judaism. These atrocities continued for decades, simply because Jews, without their land, were defenseless!”
And: “Geologic features, like rivers, usually determine national boundaries, they are defense measures. The `West Bank,’ a 1964 terminology to obscure Israel’s historic right to Judea and Samaria, is more than a river bank–it’s territory. Arabs, now called ‘Palestinians,’ never had sovereignty over this territory.”
Who was Theresa Lato and how did she come by this wisdom that has eluded so
many of our leaders?

Theresa Lipton was born in the Bronx, N.Y. in 1912. After graduating from Hunter College with a Bachelor of Science degree in Biology,nineteen-year-old Theresa worked as a researcher. In 1946 she married Harold Lato, a successful trial lawyer who eventually became Chief of Examiners. With prophetic foresight Theresa founded the Bronx Council for Environmental Quality in 1970, long before most people knew the concept of environmentalism. As her ideas were ahead of their time, Theresa had to struggle to keep the institution alive, expending time and effort on its newsletter, researching and writing groundbreaking articles. By the time the rest of the world caught up to Theresa’s prescience about the significance of environmentalism, her foundation had developed into a strong, active organization, one of Theresa’s remarkable achievements, worthy of the Nobel Prize.

And how about Theresa Lato’s prescient definition of “sustainable Israel?” “Tiny Israel’s surrender of territories is suicidal when you consider her vulnerability to hostile, land-rich Arab neighbors whose credit rating for keeping promises is subzero!”

The funeral is over, the larger-than-life woman has been committed to the earth but her voice continues to thunder in my inner world:

“Israel has a more valid claim to its land than the United States has to America,” I had heard her declare with the certainty of a prophet.
For me Theresa Lato’s legacy lives on beyond the grave.
Advertisement 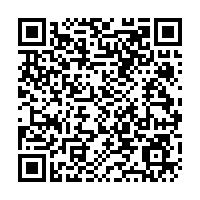